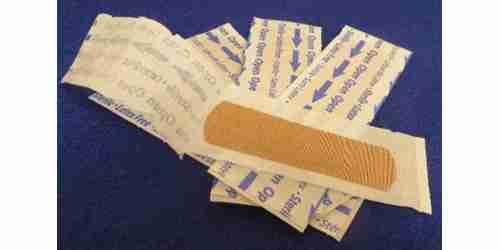 In a new study, researchers from the Indian Institute of Technology Bombay (IIT Bombay) and Tufts University, United States, have developed a novel sensor to detect metabolite levels from sweat. These sensors can be mounted on adhesive bandages and embedded on garments and the study was published in NPJ Flexible Electronics “There is a lot of interest in sweat monitoring as it provides a larger window into your health, more than any smartwatch,” says Prof Sameer Sonkusale. He is a Professor at Tufts University and a senior researcher in this study. “Looking for other metabolites in sweat will expand opportunities in medical diagnostics as well,” he adds. The sensors were connected to electronic circuit boards that wirelessly relayed the gathered information to computer programs that calculated the concentrations of different metabolites. “As soon as the sensor sees a difference in ion concentration, the data is transmitted wirelessly almost instantaneously and displayed on the computer (or phone) screen. I would say it takes around a second for this transmission,” says Prof Sonkusale.

Once the sensor threads and the electronic readout system were assessed individually, it was time to use them on humans. The sensor threads were first activated by placing them in dilute solutions containing their target ions. This was followed by calibration so that all sensor threads functioned at standard levels. “Chemical sensors need pre-calibration since each sensor may be different due to variations in the fabrication process,” explains Prof Sonkusale.

The sensor threads for sodium ions, ammonium ions, and pH were integrated on one adhesive bandage. The lactate sensors were placed on a separate bandage since their information is processed using a different measuring device. The change in ionic levels is measured through a potentiometer that registers changes in voltage while the lactate concentration is measured in the form of current via an ammeter.

The sensor patch was covered with gauze, which provided an absorbent surface to collect the sweat. The complete sensor bandages were placed on the arms, forehead and lower back of the study participants while performing mild exercises. They took 10–20 minutes to break into a sweat, which was absorbed by the gauze. The sensor detected different ions and allowed the researchers to gather data depicting real-time changes in ionic levels. This data can be used to analyse the fitness of the participants.