Understanding the regimented design of the human proteome 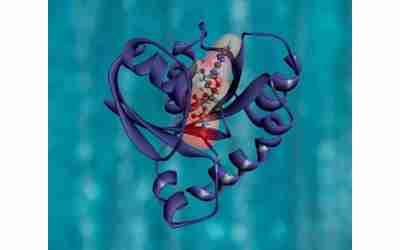 The genome carries the code for life in the genes. The genes dictate how an organism exhibits different traits and characteristics. However, genes alone do not provide us with all the information regarding the body’s diseases and disorders. The next level in decoding the genome is in analysing the proteome, which is the full set of proteins, including the peptides and amino acids that are produced according to the information in the genes. These proteins are essential components of our cells and keep our body functioning. The Human Proteome Organisation launched the Human Proteome Project (HPP) in 2010, a decade after the release of the decoded information about the elusive genome by the Human Genome Project. HPP is an international collaboration which aims to assemble, analyse and understand the molecular nature of the proteome. In a recent study, researchers from Human Proteome Organizations (HUPO), including researchers of Indian Institute of Technology Bombay (IIT Bombay), discuss the highly stringent standards of processing and classifying human proteins by the HPP. The study was published in the journal Nature Communications.

The Project has two main objectives. First, it aims to catalogue the parts of the complex human proteome by establishing reliable standards. Further, it intends to integrate proteomics as a necessary part of life science studies for understanding the myriad roles proteins play in diseases. HPP goes on to provide crucial biochemical data, such as the changes a protein undergoes after it is synthesised, which cannot be obtained from the genome alone.

Protein assay tests have always been used in medical diagnostics, and are prone to inaccuracy. The tools of proteomics, along with genomics, can achieve the best results required to detect many pathogenic infections, including that of SARS-CoV-2(COVID-19), and understand disorders such as cancer and cardiovascular conditions. “The initiative of HPP in identifying and characterizing human proteome has opened new avenues in the field of Proteomics. The advancement of time and technology will add new milestones which will enhance the understanding of human biology and expedite the role of proteomics in diagnosis, prognosis and precision medicine-based applications,” adds Mr Deeptarup Biswas, a PhD scholar at IIT Bombay who was a part of this study, about the further goals of the HPP.