Region-wise antivenom for snakebite – a necessity 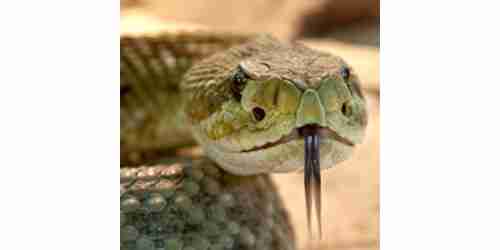 Around 58,000 die of snakebite every year in the country. A majority of snakebites that lead to death or disability are attributed to the ‘big four’ of Indian snakes – Russell’s viper, which is one of the deadliest snake species in the world; spectacled cobra; common krait; and saw-scaled viper. Commercial antivenom treatment for snakebite does not always prove effective. However, only a few efforts have been made to understand the reason for this. In a new study geared in this direction, researchers at Bengaluru-based Indian Institute of Science (IISc)’s Centre for Ecological Sciences (CES) and collaborators have demonstrated that the venom of Russell’s vipers was dramatically different in composition and toxicity based on geographical location, though the commercial antivenom treatment for Russell’s viper venom works as marketed for most populations of this snake, except the ones in North India. The findings are considered important as a previous study on cobras had shown similar variations in venom based on location, but there the commercial antivenom treatment was not found effective against most populations. The findings have been published a paper in PLoS Neglected Tropical Diseases.

Presently, commercial antivenoms are often deployed in the market without even preclinical assessments, which are typically done using animals, let alone clinical studies, which involve testing on humans. The new study on Russell’s viper along with the previous one on cobra has shown that this was not the correct approach. Kartik Sunagar, Assistant Professor at CES and the corresponding author of this study said that the viper and cobra studies have shown that it was not possible to really predict the clinical or preclinical outcomes just by observing venom variation across populations and that the clinical and preclinical studies are the only methods to accurately test the efficacy of antivenoms.

The researchers stressed the need to immediately start producing region-specific antivenoms for deadly snakes in snakebite hotspots of the country. Prof Sunagar also emphasised the importance of developing recombinant antivenoms that can be produced in cells on culture plates instead of the current method of using horse antibodies for increased efficacy, specificity, and safety – an area that his lab is working on as well. The researchers had collected venom from 48 individual vipers in five biogeographical regions of India, as well as tested how well the antivenom neutralised the different types of venoms in mice.