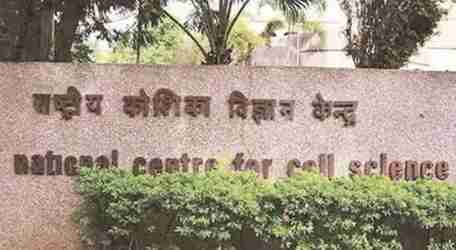 In individuals with diabetes, wounds tend to take longer to heal. A large proportion of extremity amputations result from diabetes-induced impairment of wound repair. Timely healing of wounds is therefore pivotal to prevent such extreme consequences. A team of Indian researchers has devised a way to help this happen. A type of blood cells, called peripheral blood (PB) or bone marrow-derived endothelial progenitor cells (EPCs), contribute to the formation of blood vessels, and thus help in wound healing. However, the ability of these cells to home-in to the site of the wound is impaired in individuals with diabetes, which adversely influences healing. If EPC cells from non-diabetics can be transplanted onto wounds in diabetic individuals it could enhance blood vessel formation, and thus help wounds to heal faster. But, so far there is no simple method to grow these cells outside the body and deliver them to the site of the wound.

Researchers have been investigating different means to solve the problem. These include the use of biocompatible scaffolds or matrices that support the growth of cells, to deliver the cells at the site of the wound. Most of the matrices created and tested experimentally, however, have had limitations or drawbacks. A team led by Dr. Vaijayanti Kale, a former scientist of the Department of Biotechnology’s Pune-based National Centre for Cell Science (DBT-NCCS) and Prof. Jayesh Bellare of the Department of Chemical Engineering at IIT-Bombay has come up with a solution that could break the impasse. Blending their expertise in cell biology and chemical engineering, they fabricated a nanofibre matrix from polycaprolactone (PC) and gelatin (G) using a new method. This matrix showed some very good properties, including its ability to promote the growth of EPCs. They tested its efficacy as a therapeutic tool to facilitate diabetic wound healing in a standard laboratory animal model for diabetes, using ethically approved experimental protocols. These investigations yielded promising outcomes, and the studies were reported in the journal PLOS ONE. The team proposed that their novel system could serve as a one-step combined growth and delivery system for direct application on skin wounds, including those in diabetics.

Indian Patent Office has also recently granted a patent based on the research work. “Given its double advantage of the ease of handling along with good support for EPC growth, this matrix promises to hold the potential to be used therapeutically in human patients”, the scientists said.