An individual's personality does not lie in their behavior or their genes but in the brain, according to a new theoretical study 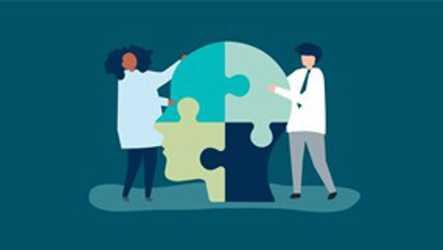 In a new paper, titled "Personality beyond taxonomy," published in the journal Nature Human Behaviour, Caltech researchers from the disciplines of neuroscience, psychology, and philosophy discuss the long-standing question: What is personality? Whereas most studies measure personality in various ways, they are often ambiguous about what personality really is: Is it in the behaviors themselves or, perhaps, in the genes, the brain, or all of these? The Caltech researchers argue for the importance of models that make such distinctions and conclude that personality resides in the brain. "In personality research, there is considerable confusion, even among scientists, about whether personality is in the brain. You can find all sorts of descriptions of what makes up personality, ranging from genetics, through features of the brain, to behavior, but in many cases it remains ambiguous whether the quantities are causes of personality, effects of personality, or whether they actually constitute personality," says study co-author Frederick Eberhardt, professor of philosophy at Caltech and an affiliated faculty member of the Tianqiao and Chrissy Chen Institute for Neuroscience at Caltech. "We believe that genes and environment are causes of personality and that behavior results from personality, but personality itself is located in the brain."

In the new theoretical study, the researchers propose specific models outlining the relationship between personality, genes, and behaviors, and propose ways of testing those models using the tools of neuroscience. They also propose ways to test the question of where in the brain personality might lie and, in particular, how personality is related to other psychological functions, such as emotion and memory. "By laying out testable hypotheses about how personality is realized in the brain, we hope to connect these separate endeavors of studying personality in psychology with the research in neuroscience," says Ralph Adolphs, Caltech's Bren Professor of Psychology, Neuroscience, and Biology; director of the Caltech Brain Imaging Center; and an affiliated faculty member of the Tianqiao and Chrissy Chen Institute for Neuroscience.