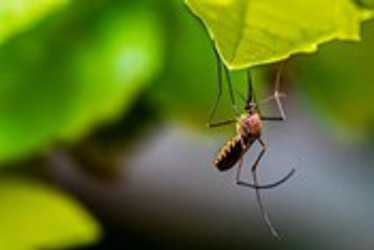 In a recent study, researchers from the Indian Institute of Technology Bombay (IIT Bombay) along with their collaborating hospitals have created a panel of proteins that can help in differentiating malaria parasite species (Plasmodium vivax or Plasmodium falciparum) and gauge the severity of infection. The study, published in the journal Communications Biology - Nature, was funded by the Department of Biotechnology, Government of India. “Our findings will help in providing a better quality of life to the malaria-vulnerable population. Along with this, it will offer an effective and efficient treatment plan for individuals in nations with minimal resources, owing to better prognosis of the patients,” says Ms Shalini Aggarwal from IIT Bombay.

The researchers collected blood samples from patients with severe and mild cases of falciparum malaria, vivax malaria, and dengue, as well as from a healthy group of people. They obtained all the proteins from the plasma and identified and quantified them using a combination of techniques like liquid chromatography and mass spectrometry.

The researchers then fed this data as examples for each disease and its severity to a machine learning model. This is a type of statistical algorithm that can learn to make meaningful connections between the input and the corresponding known result. The model uses these learnt connections to distinguish mild and severe cases of malaria, and also between malaria and dengue. The trained model can be used to classify new cases and also their severity, thus making the proteins a potential diagnostic panel of biomarkers for malaria.

The identification of these proteins paves the way for the creation of diagnostic kits to detect severe cases of malaria and to differentiate between malaria and dengue. In clinical uses, one would be able to detect these ailments by comparing the protein levels in the patient sample with a set standard, just like in diabetes or cholesterol testing. A timely diagnosis would assist the timely treatment of the patients giving a positive outcome.

The current study illuminates a new approach to controlling malaria in India, where 85% of the population lives in malaria-affected zones. “In future, we aim to translate this information in the form of a dip-chip assay or a user-friendly kit, where protein panels, which are capable of distinguishing and prognosis, can be infused on a substrate for efficient diagnosis followed by treatment,” says Shalini, about their plans.