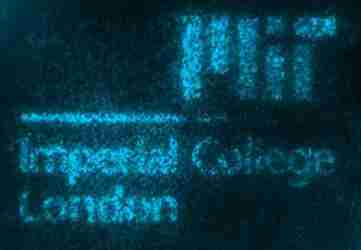 Engineered living materials (ELMs) can be used to detect and filter contaminants in water, in packaging to detect and alert to damage using fluorescence, and act as ‘living photographs’ which display pictures projected onto them. These ELMs are made by a mutually beneficial (symbiotic) combination of yeast and bacteria similar to those found in ‘kombucha mother’ - a mixture used to brew the fermented tea drink kombucha. It is also known as symbiotic culture of bacteria and yeast (SCOBY).

ELMs have previously been created using non-food microbes like E. coli and filamentous fungi, but scalability has always been a challenge. Current ELM technologies also require trained personnel and stringent conditions to grow microbes. This new type of ELM solves these problems by taking inspiration from the natural symbiotic approach of the kombucha SCOBY and combining genetically engineered yeast cells with cellulose-producing bacteria, making a ‘Syn-SCOBY’. The researchers found that the Syn-SCOBY-produced cellulose acts as a scaffold which can hold the multi-functional enzymes produced by the yeast. This combination led to programmable and tough materials that were easy to produce at a larger scale from cheap sugar mixtures. The findings are published in Nature Materials.

The researchers created a microbe population similar to a kombucha mother, which usually contains one or two strains of bacteria and at least two yeast strains that produce cellulose and acetic acid, which gives kombucha tea its distinctive flavour.

Because the researchers used a well-known yeast that is widely engineered in biotechnology, they were able to easily modify these cells with DNA-encoded programmes to make enzymes that glow in the dark, or release proteins on demand. The yeast could even be programmed to detect and break down pollutants in the environment. Meanwhile, the bacteria in the culture produce large quantities of tough cellulose to serve as a scaffold. The researchers designed their system so that they control whether the yeast themselves, or just the enzymes that they produce, are incorporated into the cellulose structure. It takes only a few days to grow the material, and if left long enough, it can expand to occupy a space as large as a bathtub. Because almost any version of yeast modified in the lab can be immediately used to produce kombucha-inspired materials, hundreds of different cell engineering options can be easily incorporated into their system in a ‘plug and play’ manner.