The wild crops are important biodiversity components available from natural habitat, which are neither cultivated nor domesticated 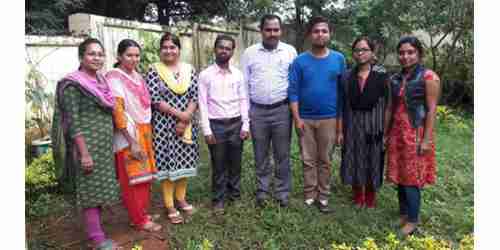 Many wild plant species, such as wild fruit, leaf, flower and wild tubers, etcetera are used by rural and tribal populations significantly contributing to their livelihood and nutrition security. Did you know the wild crop species used by different tribal people in Koraput, Odisha has nutritional value and health benefits?

“The wild crops are important biodiversity components available from natural habitat, which are neither cultivated nor domesticated. These plants are collected from the forest, for food and medicine by tribal people who developed various processing methods according to their needs,” says Dr. Debabrata Panda, an Assistant Professor in the Dept. of Biodiversity and Conservation of Natural Resources at the Central University of Odisha, Koraput.

Dr. Panda did his research on Agro-biodiversity, Underutilized Plant Species, and Wild Crops. He has made significant contributions in the field of collection, evaluation, and characterization of indigenous rice, millet, and other wild crop species found in Koraput.

The wild edible tubers are largely collected during the winter season whereas the green leaves are collected in the rainy season and fruits and flowers are collected both in the winter and summer seasons. Notably, eight wild yam species are used as food by the tribes. Those are Dioscorea oppositifolia L., D. hamiltonii Hook.f., D. bulbifera L., D. pubera Blume., D. pentaphylla L., D. wallichii Hook.f., D. glabra Roxb and D. hispida Dennst.

Based on these findings, the wild Dioscorea species namely D. hamiltonii, D. pubera and D. oppositifolia have significantly higher amounts of nutritional and mineral content and nutritionally better than cultivated (D. alata) species.

However, it is also testified that the anti-nutrients were lower than the recommended tolerable levels proposed by WHO Expert Committee on Food Additives. But these less familiar wild tubers should not be ignored. Rather, these tubers are the safe food sources for mass consumption and domestication and can be used as a good alternative source of food to alleviate hunger and malnutrition.

Talking to India Science Wire, Dr. Panda said the research was aimed to chronicle the nutritional value and health benefits of wild crop species used by the tribes. The data on consumption patterns and nutritional importance were collected through questionnaires and personal interviews with tribal people.

“The nutritional traits such as proximate, nutritional and anti-nutritional compositions as well as the physico-functional properties were carried out at our laboratory of the Central University of Odisha. These wild plants might prove useful for tribes, but are largely ignored by researchers, breeders and policymakers,” he added.

Food and nutritional security are key concerns of the world. The majority of the people in different countries, including India are suffering from inadequacy in nutrition and various micronutrient deficiencies. With the onset of settled agriculture and modernisation, this knowledge is being lost at a rapid pace.

“The less familiar wild plants possess great potential as a good alternative source of food to alleviate hunger and malnutrition. Therefore, the mass consumption, commercialisation, popularisation and bio-prospecting of these valuable resources would be an appropriate approach for ensuring food and nutritional security of future generations,” Dr. Panda told India Science Wire.

Recommending the necessary steps to conserve these valuable resources at their natural habitat and validate it scientifically, Dr Panda has also underlined the need of conducting public awareness and community-based programmes at all levels for the conservation of such species.

“A strategy to promote commercial production of these wild plants is required to boost the local economy by initiating processing, value addition, and creating a market to reach larger consumers,” he urges.