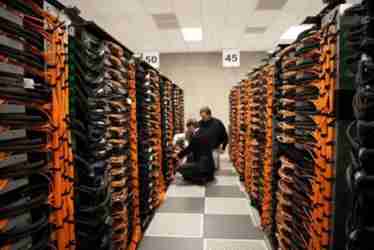 Photo from Science in HD via Unsplash

In a new study, researchers from the Indian Institute of Technology Bombay (IIT Bombay) have developed a novel numerical method to study the interaction of metasurfaces with light. The study, published in the journal Scientific Reports, was funded by the Department of Science and Technology, Government of India, and the Industrial Research and Consultancy Centre, IIT Bombay.  As an example system to demonstrate the power of their numerical method, the researchers made a metasurface consisting of a layer of silicon sandwiched between two layers of gold. They created four different designs by modifying the geometric shapes of the topmost gold layer, which is a few nanometres thick. By varying the thickness of the four designs, they created many more of the metasurfaces.  The researchers mathematically studied how each metasurface affects a specific property, called ‘polarization’, of the light shone on it. In addition to interacting with the incoming beam of light, metamaterials also amplify the intensity of the beam. “The amplification makes it easier to detect small changes in the light shone on the surface,” says Mr Abhishek Mall, the first author of the study.

The researchers developed an algorithm that tells which geometrical design of the topmost gold layer in the metasurface is best suited to generate the desired output beam. The algorithm learns to create geometrical designs based on the optical response and progressively improves itself by comparing how close it is to the actual design. They independently solved Maxwell’s equations for the generated geometries and verified that the algorithm correctly predicted the optical response.  Since solving Maxwell’s equations is a time-consuming affair, the team created another AI algorithm to mimic the solution of Maxwell‘s equations itself. When they fed the geometry of the nanometres-sized gold layer to the algorithm, the output would show the corresponding optical response.

The researchers combined the two algorithms, which then, in essence, carries out the entire process of identifying the correct geometrical pattern for the desired response and validating it against Maxwell’s equations. The combined scheme takes only about 11 milliseconds to guess the geometric configuration correctly.  The researchers used only four different kinds of geometrical patterns in the current study. “However, our AI-based algorithm could also create new, sophisticated metasurface designs that we did not specify,” shares Prof Kumar. This feature may be useful in generating metasurface designs with multiple applications.