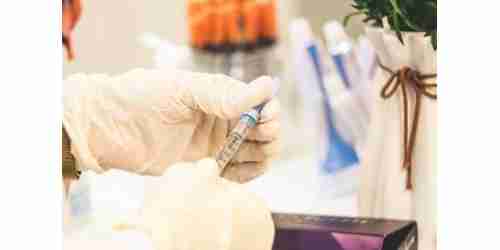 Stanford researchers are developing medicinal gels that could be injected into the body in order to release drugs over a period of months, replacing the need for daily or weekly shots.  “We can make gels with the right slow-release properties at room temperature but once we injected them, body heat would rapidly dissolve them and release the medicines too quickly,” said Eric Appel, assistant professor of materials science and engineering. The research was published in the journal Nature Communications. Appel described the science behind this rule-breaking with an analogy to making Jello: the solid ingredients are poured into water, then heated and stirred to mix well. As the mixture cools, the Jello solidifies as the molecules bond together. But if the Jello is reheated, the solid reliquefies.

Appel and his team had to make a medicinal Jello that didn’t melt, thus losing its time-release properties, when the cool solid was heated by the body. To accomplish this, the Stanford team created a gel made of two solid ingredients – polymers and nanoparticles. The polymers were long, spaghetti-like strands that have a natural propensity to get entangled, and the nanoparticles, only 1/1000th the width of a human hair, encouraged that tendency. The researchers began by separately dissolving the polymers and particles in water and then stirring them together. As the commingling ingredients began to bond, the polymers wrapped tightly around the particles. “We call this our molecular Velcro,” said first author Anthony Yu, who did the work as a Stanford graduate student and is now a postdoctoral scholar at MIT.

The powerful affinity between the polymers and particles squeezed out the water molecules that had been caught between them, and as more polymers and particles congealed, the mixture began to gel at room temperature. Crucially, this gelling process was achieved without adding or subtracting energy. When the researchers exposed this gel to the body’s temperature (37.5 C) it did not liquefy like ordinary gels because the molecular Velcro effect enabled entropy and enthalpy – orderliness and temperature change, respectively – to remain roughly in balance in accord with thermodynamics. Appel said it will take more work to make injectable, time-release gels safe for human use. While the polymers in these experiments were biocompatible, the particles were derived from polystyrene, which is commonly used to make disposable cutlery. His lab is already trying to make these thermodynamically-neutral gels with fully biocompatible components.