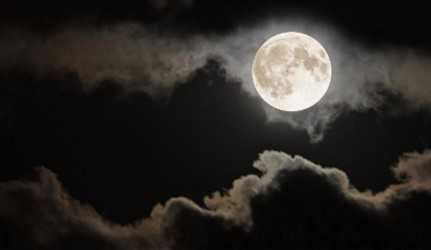 A new study co-authored by Yale anthropologists Claudia Valeggia and Eduardo Fernández-Duque found that lunar phases affect people’s sleep schedules. According to their findings, humans tend to stay up later and sleep less on evenings preceding a full moon, when moonlight is brightest in the early night. Their findings were published in the journal Science Advances.

The researchers detected this behavior across a range of settings, from rural communities without electricity to brightly lit urban areas. For the study, they examined people’s sleep patterns in three indigenous Toba/Qom communities in the northern Argentinian province of Formosa: a town where participants had 24-hour access to electric light in their homes and in public places; a rural settlement where people had electric lights in their homes but no streetlights or other exterior lighting; and a sparsely settled region without electricity and where people have limited exposure to artificial light. The researchers also analyzed sleep data from 464 students at the University of Washington in Seattle.

“We were struck by the similarity between the college kids living in a brightly lit American city and rural indigenous communities with little artificial light,” said Valeggia, professor of anthropology in the Faculty of Arts and Sciences. “It suggests that sleep changes across the moon cycle may still exist in modern cities where light pollution is brighter than the most intense moonlight and people have little awareness of moon phases. “It also suggests that people’s sleep is synchronized with the lunar cycle regardless of ethnic and social cultural background or whether they live in a bustling city or a rural village.”

The researchers equipped study participants with Actiwatch wrist devices to measure their sleep and wake patterns. Participants also kept sleep logs. The researchers compared the sleep data from the Toba/Qom communities to NASA sun and moon data for the relevant region of Formosa. Changes in each participant’s sleep duration across the lunar cycle ranged from 20 minutes to more than 90 minutes with little difference between the three indigenous groups, according to the study. Changes in the time that people fell asleep varied from a half hour to 80 minutes, the study found. The findings among the college students were consistent with these ranges. In all cases, people went to bed latest, and slept the least amount of time, three to five days before a full moon, according to the study.