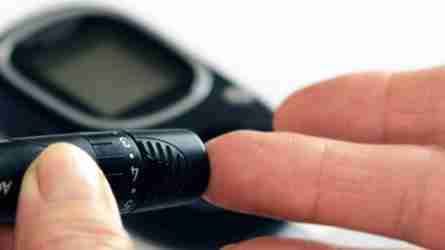 Researchers from the Indian Institute of Technology Bombay (IIT Bombay) have developed a model for the GaN biosensor more accurate than the currently available models. The model considers the surface charge at the interface of the transistor and the solution that contains the ‘analyte’ –– the biomolecule to be detected, which earlier models did not consider. Their research was published in the journal IEEE Sensors Letters. In the model the researchers created, they derived a mathematical expression that calculates the current through the device based on the electrical and physical properties of the biosensor, the biomarker concentration and the voltage applied at the gate. To demonstrate their model, they used it to model the performance of a device to detect a molecule called prostate-specific antigen, the concentration of which increases in the case of prostate cancer. For different molecule concentrations, the researchers calculated the current flowing through the device as the voltage at the gate varied. The researchers validated their model against the values of the current calculated by a computational model that considers the effect of the charge layer at the interface. The values calculated by the analytical model proposed by the designers are seen to be in good agreement with the values calculated by the computational method.

The researchers used their model to predict the biosensor’s sensitivity, a measure of how much the current will change for a specific change in the target molecule concentration. They also compared the sensitivity predicted using their model with the sensitivity values experimentally measured by other teams for a similar setup. They found that the calculated sensitivity value showed a 10% deviation from the experimentally measured value. “We present a simple analytical formulation that will help designers optimise the device performance using just an equation. They will not need to use the expensive computational techniques to optimise the device design,” comments Prof Tallur. The researchers say that the model could be extended to accurately estimate sensitivity for biosensors that can detect other types of cancer and various diseases characterized by early warning biomarkers. Gallium nitride devices can operate in harsh conditions, such as highly corrosive and high-temperature environments. This makes the GaN devices an attractive option for developing robust and reliable, high sensitivity environmental monitoring sensors with long service life, such as agricultural sensors for water quality monitoring, “With the growing adoption of GaN-based chips across various industries, the application space for GaN-based biosensors is expected to grow significantly in the coming years,” concludes Prof Tallur.