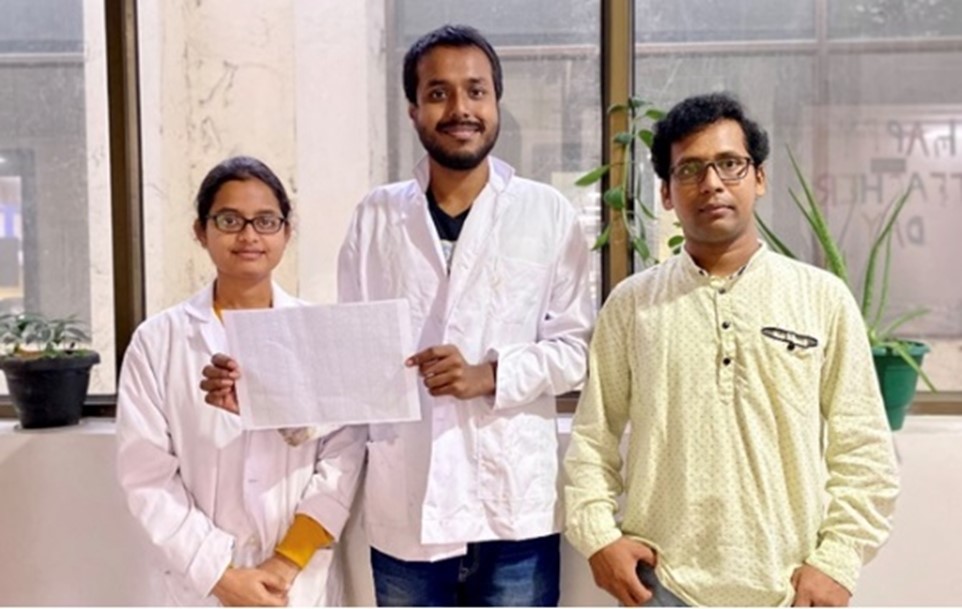 Researchers at the Indian Institute of Technology (IIT) Guwahati have developed novel materials that can efficiently harvest water from humid air. With increasing water scarcity throughout the world, there have been attempts to collect and conserve water through non-traditional means. “Such water-harvesting techniques use the concept of hydrophobicity or water-repelling nature of some materials”, explains Dr. Uttam Manna, Associate Professor, Chemistry department and Centre of Nanotechnology, IIT Guwahati. The concept of hydrophobicity can be understood by looking at the lotus leaf. The lotus leaf is water repellent because there is a layer of trapped air between the leaf surface and the water droplet, which causes the droplet to slide off the leaf.

However, simple hydrophobicity such as this is unsuitable for water harvesting from highly humid environments because high moisture content can displace the trapped air and cause permanent damage. Instead, researchers mimic the pitcher plant, an ‘insect-eating’ plant, that has a slippery surface that causes insects that land on it to fall into its tube-shaped structure, to be digested. In the past geometries of Rice leaves and cacti are associated with ‘Slippery Liquid-Infused Porous Surface(s)’ or SLIPS to improve the water harvesting performance.

The researchers produced a patterned hydrophilic SLIP by spraying a sponge-like porous polymeric material on top of a simple A4 printer paper. Further, chemically modulated hydrophilic spots were associated with the coating before lubricating with two distinct types of oils – natural olive oil and synthetic krytox. This surface could harvest water from foggy/water vapour laden air without the need for any cooling arrangement.

“We have produced a highly efficient water harvesting interface where the fog collecting rate is as high as 4400±190 mg/cm2/h”, says the lead researcher, Dr Manna. The researchers have also compared the performance of their pitcher-plant-inspired SLIPS materials to other bio-inspired ideas and have found theirs to be superior in terms of efficiency of water harvesting.

Apart from water harvesting, SLIPS could be used for other purposes, such as easily cleanable household appliances, in underwater hulls of ships and submarines to prevent bio-fouling and anti-icing windows for aircraft. The research team comprised Dr Uttam Manna, Kousik Maji, Avijit Das, and Manideepa Dhar. The research findings have been published in the journal The Royal Society of Chemistry