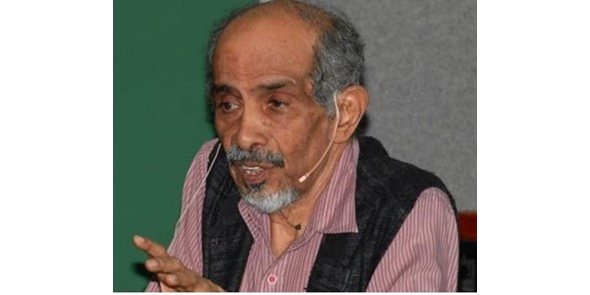 The demise of Prof Roddam Narasimha is an irreparable loss to Indian Aerospace in general and DRDO in particular.  He was a visionary who contributed immensely towards shaping the aerospace development in India. Prof Narasimha has been guiding Aeronautics cluster laboratories and Aeronautical Development Agency(ADA) over the last four decades with his incisive faculties and critical thinking.

LCA programme started at a time when India did not have many of the technologies required for ensuring its success.  The achievement of the nation in developing LCA has a lot to do with the development of appropriate technologies.  Prof Narasimha provided the necessary guidance to LCA program in this mammoth task.  In the early 1980s, India did not possess much ability to computationally evaluate the aerodynamics of complex configurations.  It was the vision of Prof Narasimha, which primarily contributed to establishing major CFD capabilities in the country.

Prof Narasimha saw the need for developing supercomputing resources to cater to the fast-growing computational needs of primarily the aerospace industry and atmospheric sciences.  He took the initiative in establishing a centre at CSIR-NAL to develop supercomputers.  Teams working or aeronautics and aircraft design learned their initial lessons in supercomputing through this initiative.  Today, aircraft design capabilities of DRDO and ADA are at par with the advanced groups around the world in effectively utilizing supercomputing to compute flows around complex aircraft configurations.

Prof Narasimha’s contributions to the programmes of DRDO have multiple dimensions.  He chaired many reviews in the evolution of LCA and provided critical inputs.  Despite his advancing age, he was very actively involved in the development of AMCA configuration also.  His contributions were especially significant in planning the development of advanced technologies required for a fifth-generation aircraft.

As a leading scientist, his contributions have been multi-faceted.  He is a world-renowned authority in turbulence.  His contributions have been fundamental to the advancement of understanding turbulence.  He has made major contributions to rarefied gas dynamics.  These have immensely helped ISRO in its programmes.  He was a pioneer in understanding atmospheric sciences.  His work was very significant in developing a model of Indian Reference Atmosphere. Many at DRDO and ADA have interacted either as a student or as a professional.

Prof Narasimha’s demise is a big loss for aerospace scientific community but his legacy will thrive through the work of DRDO scientists. DRDO salutes the contributions of Prof Roddam Narasimha to the field of aerospace in the country.