Remembering the architect of modern biology and biotechnology in India 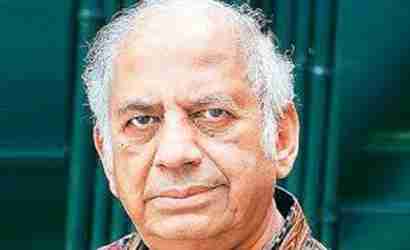 Dr Pushpa Mittra Bhargava (22 February 1928 – 1 August 2017) was an Indian scientist, writer, and administrator. He founded the Centre for Cellular and Molecular Biology (CCMB), a premier research institute. Dr Bhargava was a major architect of modern biology and biotechnology in India and a firm believer in the amalgamation of art and science in life.

He was a proponent of good scientific temper who never stepped back from speaking up against any claim that is not backed with scientific evidence. He was a giant in the world of biological research in India on whose shoulders stand hundreds of researchers who more than gladly follow his principles.

Dr. Rakesh Mishra, the director of CCMB, expressed his support towards ethical research and following the example set by Dr. P M Bhargava. “Dr P M Bhargava is always a source of inspiration and pride for Indian biologists. His vision is still relevant in delivering the fruit of science to the society” said Dr Mishra, on this occasion.

Talks were also given by Dr. Siyaram Pandey and Dr. Shradha Goenka, both alumni of CSIR-CCMB. Dr. Pandey is a full time professor at the University of Windsor, Canada from where he gave his talk online. He spoke about his research on the effect of indigenous plant extracts on neurodegenerative diseases such as Alzheimer's and Parkinson's. Dr. Goenka is the founder and managing director of Biotech desk private limited, and holds directorship of three other companies. She spoke about the alternative career routes for students in academia. She emphasised on the development and validation of Indian reagents and kits to be taken forward in the call of Atma Nirbhar Bharat and Make in India intiatives.