Researchers identify phenotype to boost ‘nitrogen use efficiency’ in rice 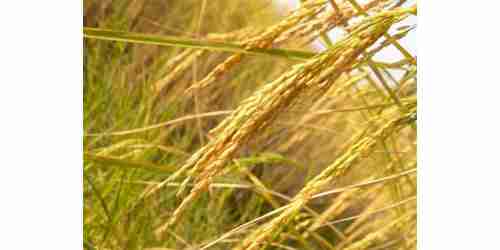 Crops take only about 30% of the nitrogen fertilizer added and the rest gets washed away to cause pollution, ill-health and climate change. Improving this poor ‘nitrogen use efficiency’ (NUE) was a major global challenge for decades, as there were no simple visual cues or genetic means to differentiate between high and low NUE cultivars in any crop. A team of researchers led by Prof. Nandula Raghuram from Guru Gobind Singh Indraprastha University, (GGSIU) New Delhi, has found the ‘phenotype’ or the visually identifiable features determining NUE. They also identified some associated genes that could help in crop improvement for NUE. “Many scientists described on one or two visible or phenotypic features that change in a plant in response to N-fertilizer, but nobody experimentally distinguished N-response from NUE” said Prof. N Raghuram.

The team compared 3 high NUE and 3 low NUE cultivars of rice with a normal or low dose of nitrate or urea as the sole source of nitrogen (N). They found that N-use efficient cultivars tend to be slow in germination and flowering, grow tall and deep with higher biomass and take a longer duration to harvest but yield more with lesser N input. They also reported 34 genes associated with NUE for potential crop improvement.

“We were the first in the world to study 25 phenotypic features together in any crop, comparing different cultivars, N-forms and doses. We found that only 20 of them respond to N-fertilizer, while only 8 of them actually account for NUE” added Dr Narendra Sharma, the first author of the article. “Even out of these 8 features mentioned in the title, only 6 are common to different forms of N in fertilizers such as nitrate or urea. The effects of nitrate on root length and flowering were not significant”, he added.

Dr Sharma said “our findings in rice will also be relevant to other cereals and possibly other crops, though they need to be validated. More importantly, the statistical and bioinformatic tools used in our study on NUE can be also be used for other difficult crop traits”. Prof Raghuram said “our work indicates that unless scientists bring NUE traits together with yield traits through breeding, we may be gaining yield at the cost of NUE. We also need to worry about whether this is also true for other inputs such as phosphorus, water, potassium, sulfur etc., which we have not done”. The research has been published in the journal Frontiers in Plant Science.