New algorithm that identifies the right amount of power level, enhancing the energy efficiency of a Radio Frequency (RF) 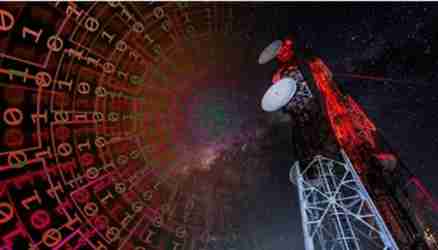 A team of researchers from the Indian Institute of Technology (IIT) Bombay and Monash University, Australia, has developed a new algorithm that identifies the right amount of power level, enhancing the energy efficiency of a Radio Frequency (RF)-energy harvesting network. The algorithm uses a statistical tool called the multi-armed bandit method that does not depend on channel state information parameters, and the source identifies the optimal power output, IIT Bombay statement said. The performance results of the algorithm are presented in the journal IEEE Wireless Communications Letters. “An actual transmission system is a complex network with several receivers spread over a region receiving different amounts of energy for harvesting. Also, they will require different amounts of energy for successfully transmitting the information,” says Prof Manjesh Hanawal, lead author of the study. As the environment is uncertain, reinforcing the algorithms with sequential decision making can quickly ascertain the status of the harvested energy, thereby improving the system’s energy efficiency, he adds.

The team used a sequential optimisation method in the algorithm called the Multi-Armed Bandit technique that relies only on detecting if a receiver’s feedback signal was successfully decoded or not (a yes-no status).  The source selects a power level in the harvesting network to transmit energy at a given time slot. The nodes harvest this energy, and using this energy, they send back information to the 3 sources. If the nodes could harvest enough energy, they will be able to transfer the information higher than a certain rate; otherwise, no information transfer will occur. “The rate at which nodes could transmit the information is treated as the reward and is directly coupled with the amount of energy harvested,” explains Ms Debamita Ghosh, first author of the study. The team considered the rate of information per unit of power, i.e. bits/second/Joules, instead of the rate of information from the nodes. The source selects the transmit power in each time slot to transmit energy such that it receives the maximum possible bits at the source per unit of power spent. Also, the algorithm estimates an upper limit of the mean of the total rate of information per unit power for each power level and uses the power level with the highest estimated bound level. Thus, though there are few initial losses for not playing the best power level, overall, the accumulated losses are minimised due to the sequential learning.