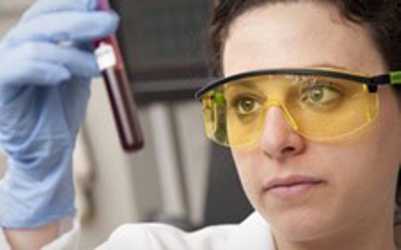 The findings, published in the journal Brain, suggest that blood tests could be used to recruit people to Alzheimer’s drug trials before they start showing any symptoms. Lead author Professor Jonathan said: “Current evidence suggests that the brain changes leading to Alzheimer’s disease start many years before symptoms. Identifying individuals at risk opens a window of opportunity to offer treatments to prevent the onset of cognitive decline. “Our results show that blood tests may be a useful means of identifying individuals who are in the earliest stages of the disease. “In the short term, this has implications for clinical trials of new treatments for Alzheimer’s disease. Blood tests could allow for rapid screening, and reduction of the numbers who would need more expensive PET scans before entering a study. This would considerably reduce the costs and time it takes to run clinical trials, and will hopefully accelerate the development of new treatments.”

Most amyloid-lowering drug trials so far involve people who already have the condition. Many researchers believe that by the time symptoms set in, the window of opportunity for preventing cognitive decline may have already passed.  Scientists have developed radioactive tags that attach to amyloid protein. A PET scanner can pick up the radiation from these tags to reveal the extent of amyloid build up in a person’s brain. Researchers use these scans to recruit people to clinical trials, confirming that their symptoms are caused by Alzheimer’s and not different form of dementia. Unfortunately, they are very expensive and require specialist facilities that are only available in a few locations throughout the country.

The researchers compared three different ways of measuring proteins of interest in the blood and compared the results of the blood tests to those from the PET scans. In this group of cognitively healthy individuals around the age of 70, approximately one in five (18%) had evidence of a significant build-up of brain amyloid – in a similar pattern to patients with Alzheimer’s dementia. The best performing blood test was able to identify those individuals with high levels of amyloid with about 85% accuracy. Using blood tests to screen for amyloid would reduce the requirement for PET scans by roughly half.

Dr Ashvini Keshavan, first author on the study, said: “In due course blood tests have the potential to revolutionise how we diagnose Alzheimer’s disease, allowing access to better diagnostic tests in the community, and particularly in settings where more expensive PET scans and lumbar puncture tests are not currently available.”