A new treatment for Retinitis Pigmentosa 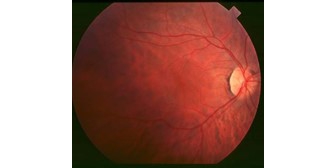 A new treatment for Retinitis Pigmentosa

In a significant development in the area of ophthalmology, a team of New Delhi-based researchers has come out with a finding that shows the possibility for a cure for the progressively irreversible retinal degenerative disease which causes partial or complete blindness. Presently, there is no cure for the disease. Current modules of treatment offer only symptomatic relief. Some recent studies across the world have shown that cell therapy could be of help. However, it is difficult to find an accessible and abundant source of stem cells using minimally invasive techniques for this purpose. Besides, there is a lot of safety and ethical issues surrounding the use of stem cells.

Scientists have been toying with the alternative idea of using monocytes, which are a type of leukocyte, or white blood cell. Recent studies have shown that they could be converted into stem cell-like cells without needing to go through genetic modification. A major plus point with monocytes, if the strategy is found effective, will be that they constitute as much as five to eight percent of blood and they are, thus, available in relatively larger quantities.

In their new study, researchers, who hailed from the Department of Biotechnology’s New Delhi-based National Institute of Immunology (DBT-NII) and Dr. Rajendra Prasad Centre for Ophthalmic Sciences at All India Institute of Medical Sciences, assessed the potential of monocytes obtained from peripheral blood and have found that they do fit the bill.

They first modified the monocytes into stem cell like cells by culturing in a unique media and then exposed them to biochemicals involved in the natural process of retinal differentiation, leading to a state that mimicked retinal neuron-like cells. These were studied for molecular, phenotypic, and functional properties followed by transplantation in a mouse model previously developed in their lab to test their integration within the body. They then checked if these induced cells could gain retinal neuron-like function upon transplantation in an eye with a degenerated retina. The study team has published a report on their work in the journal `Stem Cell Research and Therapy’.

The researchers noted that it was a proof-of-concept study to demonstrate that reconditioned monocytes can be induced to acquire retinal neuron-like properties through differentiation using a defined growth media and that it can be a potential candidate for cell therapy-based interventions and disease modelling for ocular diseases and cautioned against over-enthusiasm.