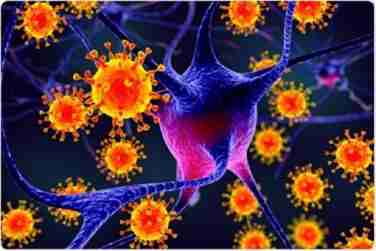 Efforts to find an effective treatment for the Zika virus could get a boost with researchers at the Indian Institute of Technology-Indore (IIT-Indore) identifying some structures in the genetic makeup of the virus that could be used as targets for drugs. The COVID-19 pandemic has highlighted the threat posed by emerging and re-emerging diseases to public health across the world. This has led to an increase in the focus of medical research on the development of effective drugs and vaccines against them. Zika is one such virus. The World Health Organisation (WHO) had declared it as a public health emergency of international concern after an outbreak in Brazil in 2015. Zika is a mosquito-borne virus. Around 86 countries have reported cases of Zika to date, thus making it a major cause for concern. It is found to be associated with neurological complications like Microcephaly in children and Guillain-Barré syndrome in adults. Studies have also shown that infection in pregnant women may lead to congenital abnormalities in the developing fetus or the neonates. However, at present, there is no specific vaccine or medicine for Zika virus.

A recent study by a team of scientists from IIT Indore promises to help address the problem. They have identified specific secondary structures called G-quadruplexes (GQ) in the RNA of the virus that could act as drug binding sites. These structures made of nucleic acids have proven to be effective drug-targeting sites for anti-cancer treatment and is recently being explored for other diseases as well. In association with a research group from the University of Nebraska-Lincoln, USA, the team has also characterized and evaluated the interaction patterns of the genetic sequences in the virus that form the G-quadruplex structures with some drug molecules. Speaking to India Science Wire, Dr. Amit Kumar and Dr. Debasis Nayak, from IIT Indore who conceptualized the work along with Prof. Asit K. Pattnaik from University of Nebraska-Lincoln, USA, said, “We treated cells infected with the virus and found a significant decrease in the viral replication and in turn in the viral growth. It is clear that the molecules are effective against the virus. Our study can open up new avenues for control and mitigation of Zika virus”. A report on the research work was recently published in Molecular Therapy-Nucleic Acids (Cell Press).