A microscopic understanding of materials 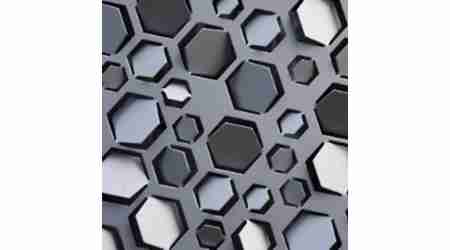 Photo by Basile Ugnon-Coussioz via Unsplash

A group of researchers from the Indian Institute of Technology Bombay (IIT Bombay), the Indian Institute of Technology Kanpur (IIT Kanpur), and Swansea University, United Kingdom, have studied how lattices affect the properties of materials that we see around us. Their results could be useful in expanding the scope of 3D-printing materials with desired mechanical properties in different directions. The findings have been published in the journal Extreme Mechanics Letters. The research was partially supported by IIT Kanpur, IIT Bombay, and the European Commission.

In the current study, the researchers theoretically analysed how the properties of naturally-occurring as well as engineered materials depend on the intrinsic geometry of the lattice. “We systematically explored the theory linking the relationship between isotropy or anisotropy and the lattice geometry,” says Prof Susmita Naskar of IIT Bombay, a co-author of the study.

Further, the researchers explored how introducing more materials into the lattice changes the isotropy. They showed that, by increasing the components that make up the lattices but keeping its geometric structure intact, the possibility of obtaining isotropy in three-dimensional structures could be improved more than what was thought earlier. Their study will now allow scientists to achieve the exact kind of anisotropy of the material, by designing the geometric properties as well as constituents of the lattice in specific manners. The researchers envisage that such artificially engineered materials would find applications in various fields, including the aerospace industry, soft robotics and biomedical devices and implants.