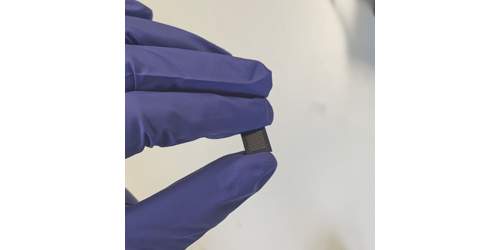 In a paper published in Science Advances, researchers at the University of Oxford have developed a method using the polarisation of light to maximise information storage density and computing performance using nanowires.

First author and DPhil student June Sang Lee, Department of Materials, University of Oxford said: ‘We all know that the advantage of photonics over electronics is that light is faster and more functional over large bandwidths. So, our aim was to fully harness such advantages of photonics combining with tunable material to realise faster and denser information processing.’

In collaboration with Professor C David Wright, University of Exeter, the research team developed a HAD (hybridized-active-dielectric) nanowire, using a hybrid glassy material which shows switchable material properties upon the illumination of optical pulses. Each nanowire shows selective responses to a specific polarisation direction, so information can be simultaneously processed using multiple polarisations in different directions.

Using this concept, researchers have developed the first photonic computing processor to utilise polarisations of light.

Photonic computing is carried out through multiple polarisation channels, leading to an enhancement in computing density by several orders compared to that of conventional electronic chips. The computing speeds are faster because these nanowires are modulated by nanosecond optical pulses.

Since the invention of the first integrated circuit in 1958, packing more transistors into a given size of an electronic chip has been the go-to means of maximising computing density – the so-called ‘Moore’s Law’. However, with Artificial Intelligence and Machine Learning requiring specialised hardware that is beginning to push the boundaries of established computing, the dominant question in this area of electronic engineering has been ‘How do we pack more functionalities into a single transistor?’

For over a decade, researchers in Professor Harish Bhaskaran’s lab in the Department of Materials, University of Oxford have been looking into using light as a means to compute.

Professor Bhaskaran, who led the work, said: ‘This is just the beginning of what we would like to see in future, which is the exploitation of all degrees of freedoms that light offers, including polarisation to dramatically parallelise information processing. Definitely early-stage work, but super exciting ideas that combine electronics, non-linear materials and computing. Lots of exciting prospects to work on which is always a great place to be in!’