It may take guts — or more precisely, a diverse gut microbiome — to achieve wisdom and fend off loneliness. Or perhaps it’s the other way around 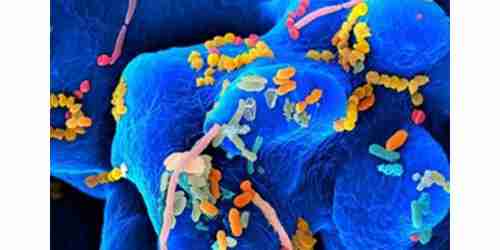 Scientists have found in multiple studies that persons deemed to be wiser are less prone to feel lonely while those who are lonelier also tend to be less wise. In a new study, published in the March 25, 2021 issue of the journal Frontiers in Psychiatry, researchers at University of California San Diego School of Medicine take the connection between wisdom, loneliness and biology further, reporting that wisdom and loneliness appear to influence — and/or be influenced by — microbial diversity of the gut. Researchers have known for a while about the “gut-brain axis,” which is a complex network that links intestinal function to the emotional and cognitive centers of the brain.

The new study involved 187 participants, ages 28 to 97, who completed validated self-report-based measures of loneliness, wisdom, compassion, social support and social engagement. The gut microbiota was analyzed using fecal samples. Microbial gut diversity was measured in two ways: alpha-diversity, referring to the ecological richness of microbial species within each individual and beta-diversity, referring to the differences in the microbial community composition between individuals. “We found that lower levels of loneliness and higher levels of wisdom, compassion, social support and engagement were associated with greater phylogenetic richness and diversity of the gut microbiome,” said first author Tanya T. Nguyen, PhD, assistant professor of psychiatry at UC San Diego School of Medicine.

The authors said that the mechanisms that may link loneliness, compassion and wisdom with gut microbial diversity are not known, but observed that reduced microbial diversity typically represents worse physical and mental health, and is associated with a variety of diseases, including obesity, inflammatory bowel disease and major depressive disorder. A more diverse gut microbiota may be less susceptible to invasion by outside pathogens, which could contribute to and help promote better resilience and stability of the community. “It is possible that loneliness may result in decreased stability of the gut microbiome and, consequently, reduced resistance and resilience to stress-related disruptions, leading to downstream physiological effects, such as systemic inflammation,” the authors wrote. “Bacterial communities with low alpha-diversity may not manifest overt disease, but they may be less than optimal for preventing disease. Thus, lonely people may be more susceptible to developing different diseases.” The relationship between loneliness and microbial diversity was particularly strong in older adults, suggesting that older adults may be especially vulnerable to health-related consequences of loneliness, which is consistent with prior research.