What you should know about the new monkeypox outbreak 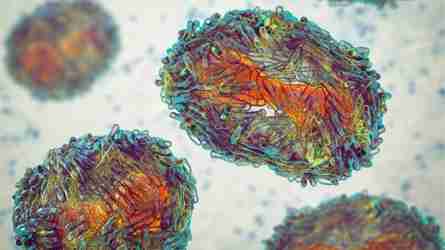 Anew monkeypox outbreak is making headlines about this rare, transmissible virus that’s related to smallpox. The global investigation into the 2022 outbreak—which differs from previous clusters of monkeypox—is still in its early stages and public health teams are learning more each day as case counts grow.

Emily Landon specializes in infectious disease and serves as executive medical director for infection prevention and control at University of Chicago Medicine. She writes:

“It’s important to know that the risk of acquiring monkeypox through casual contact is extremely low at this time. And our best COVID-19 safety practices like masks and regular hand washing will be incredibly important tools to help protect us against monkeypox.

Similarly, it’s critical that anyone who’s been exposed to monkeypox or who thinks they may have symptoms isolates and notifies public health authorities immediately.

This situation is evolving quickly and our information is based on the understanding of this outbreak at the time of this post's publication. We’ll likely know much more in the weeks and months to come. But for now, here’s what we think you should know about monkeypox and how you can stay safe.”

Monkeypox is a zoonotic infection, which means it began in animals and was transmitted to humans. It’s endemic to Africa and transmitted when someone has close contact with another monkeypox patient or from rodents carrying the disease. Contrary to its namesake, monkeys aren’t reservoirs or common hosts of monkeypox. In fact, the virus is most often traced to rodents. It’s from the same family as other poxviruses including smallpox (called orthopoxviridae) and was first discovered in humans in 1970.

What does monkeypox look like? Are there other symptoms?

A monkeypox rash starts as red spots and progresses over time to pus-filled, blister-like lesions that eventually scab over. It is typically found on the face or extremities like the hands, legs and feet. The lesions are generally all the same size and develop at the same rate. In the latest round of cases, many of the patients had the rash on only the genitals or anus, which means the symptoms may be mistaken for a sexually transmitted infection or STI.

Sometimes a person with monkeypox will feel like they’re coming down with a cold or flu days before their rash develops. These symptoms include headaches, fevers, muscle and body aches, and fatigue. They may also have swollen lymph nodes.

How does monkeypox spread?

Monkeypox is spread through direct skin-to-skin contact with the monkeypox lesions or the fluid inside them. The virus can also be spread by breathing in or directly contacting infected respiratory droplets. There’s been some cases where monkeypox was transmitted from surfaces that were contaminated with respiratory droplets or fluid from the lesions. (This is another reason we need to keep wearing the masks we’ve been accustomed to during the COVID-19 pandemic and why we should keep washing our hands regularly and cleaning high-touch surfaces.)

It can take anywhere from five to 21 days for someone to become sick with monkeypox after they’ve been exposed. That’s a long time and makes it especially hard to do contact tracing. The good news: A long incubation period means we can give people treatments or vaccines that can help keep them from getting sick if we’re able to catch it early. That makes it important to contact your doctor or the health department right away if you may have been exposed to monkeypox. The entire illness lasts about two to four weeks.

How dangerous is monkeypox?

This outbreak involves what’s known as the western African clade, which is less severe and has a fatality rate of about 1%. But many of those cases have occurred in countries where there weren’t many medical resources, which means people likely had worse outcomes than they would have in other regions of the world. No one has died from monkeypox in the U.S. during previous outbreaks.

How is monkeypox treated?

Since monkeypox and smallpox are related, we can use the smallpox vaccine to prevent illness even after someone has been exposed. It’s about 85% protective against monkeypox. (However, someone’s immunity can weaken as they age.) There is also a new vaccine that can be used, but it is in short supply. Antiviral medications, such as cidofovir or tecovirimat, can be used to treat severe cases. Some people may also be treated with immune globulin antibodies if they can’t get other kinds of treatment. Most people don’t require any treatment and get over the infection on their own.

Who is most at risk for monkeypox?

Unlike previous outbreaks, some of the people who are currently being infected with monkeypox are people who identify as men who’ve had sexual contact with men and reported new partners in the last month. However, cases aren’t limited to one sex or sexual orientation, and there are reports of household contacts being infected. This makes it challenging to diagnose monkeypox because doctors may mistake skin lesions for more common infections. There’s good reason to believe other cases may have gone undiagnosed.