Researchers have obtained a detailed picture of the immune cells present within brain metastases, with an eye toward re-activating and enhancing those cells with cancer immunotherapy. 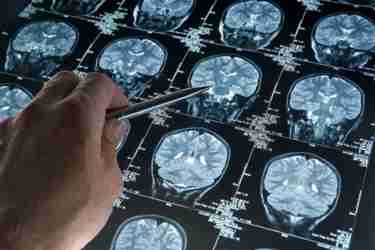 Some cancers that start out elsewhere in the body spread into the brain, where they are called brain metastases.

Emory Vaccine Center and Winship Cancer Institute researchers have obtained a detailed picture of the immune cells present within brain metastases, with an eye toward re-activating and enhancing those cells with cancer immunotherapy.

The results are published in Cell Reports Medicine.

CD8+ T cells carry rearrangements of their genes that are both critical for their function and mark them as unique, like a bar code on an item in a grocery store. The researchers examined the sequences of these genes as a way of distinguishing different CD8+ T cell populations and mapped the location of these cells within brain metastases. This paper represents the first time scientists have been able to perform this type of genetic analysis, demonstrating that different populations of T cells occupy distinct spatial locations within the brain metastasis environment.

“We were able to show that exhausted CD8+ T cells within brain metastases have a unique phenotype different from the CD8+ T cells circulating in patients’ blood,” says Lisa Sudmeier, MD, PhD, a radiation oncology resident at Winship Cancer Institute and lead author of the study.

“At the same time, there are lots of bystander CD8+ T cells that are specific for viruses rather than tumor,” Sudmeier adds. “They are found both in the patients’ blood and within these tumors. However, for the first time, we were able to show that these bystander cells occupy a distinct region of the tumor microenvironment separate from the cells most likely to be tumor-specific.”

William Hudson, PhD, and Rafi Ahmed, PhD, of Emory Vaccine Center jointly supervised the study. The researchers worked with Winship neurosurgeons Jeffrey Olson, MD, Kimberly Hoang, MD, and Edjah Nduom, MD, to obtain tumor samples from 31 patients with brain metastases. The patients had several tumor types, but the most common was lung cancer, which is the form of cancer most likely to metastasize to the brain.

The brain is a tricky environment — both for tumor cells, and for the doctors trying to treat the cancer. Surgery and radiation therapy are both used to treat brain metastases, but new tumors may grow in other parts of the brain resulting in the need for additional treatment.

Immunotherapy drugs hold promise for improving cancer outcomes of patients with brain metastases, but many tumors don’t respond, and some patients have side effects that limit how much immunotherapy they can receive.

Activating tumor-specific CD8+ T cells with tailored agents may increase the response of brain metastases to immunotherapy and minimize toxicity. This is an ongoing goal of the researchers — and the information they gleaned about the characteristics of brain metastasis-infiltrating CD8+ T cells work toward that, Sudmeier says.

“It’s a positive sign that brain metastases harbor so many T cells,” she says. “Our work could open up ways to improve activity of the exhausted cells that specifically recognize the tumor. This study lays the groundwork for continued efforts to develop more effective immunotherapies for the treatment of brain metastases.”