Specific genes involved in schizophrenia identified for the first time

Research has for the first time identified ten genes with extremely rare protein-disrupting mutations, that significantly increase an individual's risk of developing schizophrenia. 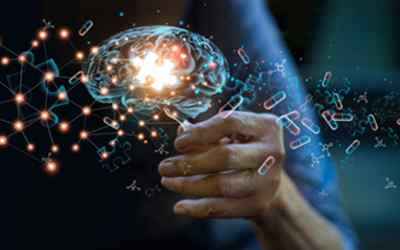 In a linked paper, both published in Nature, researchers also identified an unprecedented number of genetic links to schizophrenia in the human genome - the body’s DNA blueprint.

The findings are the combined work of hundreds of researchers across 45 countries, who analysed DNA from 76,755 people with schizophrenia and 243,649 without it to better understand the genes and biological processes underpinning the condition.

While previous research has shown associations between schizophrenia and many DNA regions, this is the first to pin-point specific genes.

Researchers say the studies are a breakthrough in our understanding of the basis of schizophrenia. and provide the strongest evidence yet of a genetic cause.

Professor Andrew McQuillin, co-author* of the papers and head of the UCL Molecular Psychiatry Laboratory (UCL Division of Psychiatry), said: “We have now been able to detect specific genes, a necessary step in the challenging journey towards understanding the causes and mechanisms of any disorder.

"Although there are large numbers of genetic variants involved in schizophrenia, the studies showed they are concentrated in genes expressed in neurons. Both the rare high-risk mutations as well as the common low-risk genetic variants are consistent and pointing us towards genes like GRIN2A, also important in epilepsy and neurodevelopmental disorders.”

Schizophrenia is a psychiatric disorder affecting about one in 300 people worldwide. According to the World Health Organization two out of every three people with schizophrenia and other psychoses do not receive specialist mental health care.

The two studies were led by the SCHEMA Consortium and the Psychiatric Genomics Consortium, which are the largest ever international collaborations in the field of mental health.

The SCHEMA Consortium paper identified – for the first time - extremely rare protein-disrupting mutations in 10 genes that strongly increase an individual's risk of developing schizophrenia — in one instance, by more than 30-fold. This paper used large scale exome sequencing: a cutting-edge technology capable of identifying specific genes involved in schizophrenia.

The Psychiatric Genomics Consortium (PGC) paper found a much larger number of genetic links to schizophrenia than ever before, in 287 different regions of the genome. They showed that genetic risk for schizophrenia is seen in genes concentrated in neurons, but not in any other tissue or cell type, suggesting the biological role of these cells is crucial in schizophrenia.

As well as being the largest studies in mental health genomics to date, they included people of African American, Latino and European ancestries in a step towards more diverse and inclusive research both in terms of participants as well as scientists. The PGC includes colleagues in East and South Asia and is rapidly growing globally to ensure advances in genomics benefit people of all ancestries.

Professor Elvira Bramon, co-author* in the PGC paper and head of the Mental Health Neuroscience Research Department (UCL Division of Psychiatry), said: “Whilst we have effective drug and psychological interventions for schizophrenia and bipolar disorder, many people experience side effects or their symptoms only improve partially, which impacts their physical health, wellbeing and even life expectancy. Understanding the genetics is a key step to develop new medications and to tailor those treatments we already have, to meet the needs of each individual."

The team’s ability to link to specific genes and areas of biology was enhanced by co-ordinating their work with a companion study, led by Bipolar Exome Consortium, investigating bipolar disorder. This is a separate paper, published at the same time in Nature Genetics.

Dr Nick Bass (UCL Division of Psychiatry), co-author* in the papers, said: “The exome sequencing data identifies AKAP11 as a risk gene for both bipolar disorder and schizophrenia. We are finding growing evidence of genetic overlap and shared biology between these two and other common disorders like depression. This is important to go beyond the symptoms, improving the diagnosis and accessing treatments promptly.”

The SCHEMA Consortium and the Psychiatric Genomics Consortium are funded by the National Institute of Mental Health (NIMH) of the USA.

Dr Joshua Gordon, Director of NIMH, said: “These results, achieved through a global collaboration unprecedented in scope, mark an important step forward in our understanding of the origins of schizophrenia. The findings will allow researchers to focus on specific brain pathways in the ongoing hunt for novel therapies for this serious mental illness.”

UCL and other UK universities have had a major contribution in these studies with thousands of participants, laboratory efforts, and analytical inputs. The work at UCL is funded by the Medical Research Council, Wellcome, Mental Health Research UK, the UCL Institute of Mental Health and the NIHR Biomedical Research Centre at UCLH.