Sense of purpose is linked to reduced risk of dementia

Feeling a sense of purpose or meaning in life is associated with a lower risk of dementia years later, finds a new review of evidence. 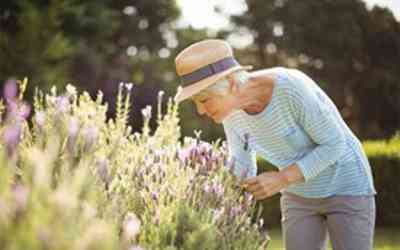 Feeling a sense of purpose or meaning in life is associated with a lower risk of dementia years later, finds a new review of evidence led by UCL researchers.

The academics were looking at whether positive psychological constructs, which also included positive mood and optimism and found that purpose and meaning in life were the key factors consistently associated with reduced risk, they report in Ageing Research Reviews. Positive mood was not associated with reduced risk, but optimism may be – there was just not enough evidence to properly evaluate this.

Previous evidence suggests that purpose in life may hold benefits to recovering from stressful evidence and is associated with reduced inflammation in the brain, both of which may be associated with reduced risk of dementia. Further, people with a higher sense of purpose in life may also be more likely to engage in activities such as exercise and social involvement, which may protect against dementia risk.

Lead author Dr Joshua Stott (UCL Psychology & Language Sciences) said: “Our findings suggest that dementia prevention programmes for at-risk groups that focus on wellbeing could benefit by prioritising activities that bring purpose and meaning to people’s lives, rather than just hedonistic activities that might increase positive mood states. This may involve helping people to identify what is of value to them and then taking small steps to act in line with that value; for example, if environmentalism is important to someone, they might benefit from helping in a community garden.”

First author, PhD student Georgia Bell (UCL Psychology & Language Sciences) said: “Trying to live in line with what is meaningful to you appears to have multiple health benefits – here we have found that a sense of purpose may reduce the risk of dementia, adding to other evidence linking meaningful living to improved mental health and reduced risk of disability and heart disease.”