Study could help understand how specific genes affect the development of your body and the role they play in developmental diseases, potentially leading to new therapies. 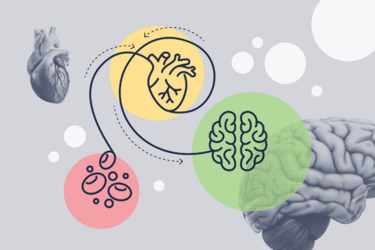 By turning off a single gene, University of Virginia researchers and their collaborators caused stem cells already becoming heart cells to change course and become future brain cells. And that could help scientists understand how specific genes affect the development of your body and the role they play in developmental diseases, potentially leading to new therapies.

“Previously, it’s been thought that the paths that cells take towards becoming a heart cell or a nerve cell are very rigid,” said researcher Jeff Saucerman of UVA’s Department of Biomedical Engineering. “This study is showing that this process is actually much more fluid.”

Jumping to a New Fate

Stem cells are kind of a blank slate. They’re “pluripotent,” meaning that they can transform into any type of cell in the body. There are a series of steps involved in this transformation process, called canalization. Until now, it was thought that once stem cells start undergoing canalization, they can’t change course to become other, different cell types.

But Saucerman’s collaborators at the Gladstone Institutes in San Francisco, led by Benoit G. Bruneau, used CRISPR genome-editing approaches to turn off the Brm gene in mouse stem cells undergoing canalization into heart cells. This resulted in the mouse cells lacking a protein called Brahma.

Turning off Brm prevented stem cells from becoming beating heart cells. Additionally, they had switched from being heart precursors to become precursors for brain cells.

“This study was the first to explore the effect of Brahma on cardiac differentiation,” said Ali Khalilimeybodi, a researcher on Saucerman’s team who developed the computer model used to guide the research. “And by using the computational models, we get a deeper understanding of the mechanism, that Brahma can coerce changes in the cell fate, or differentiation, process.”

“In this case, they had already done a lot of experiments,” he said. “We went back and forth a lot, including [over] more and more of the data.”

This process helped refine the model for better predictions and guidance, he added. “The model really highlights this irreversible biochemical switch. If you disrupt this switch, a stem cell takes a detour down the brain route. The modeling provides a mathematical explanation for this developmental process.”

The research challenges fundamental ideas about how stem cells progress to mature body cells. More research will paint a fuller picture, which could lead to the development of new treatments for a number of conditions.

“There’s an awful lot to be explored on what happens after – how do these cells become mature, highly contractile cells?” Saucerman said. “I think that’s a major challenge for the field. That has therapeutic implications, because we need to be able to develop mature cells to then transplant into patients or to discover new drugs.”