The findings could reveal an important target for new drugs to tackle numerous infectious diseases in humans. 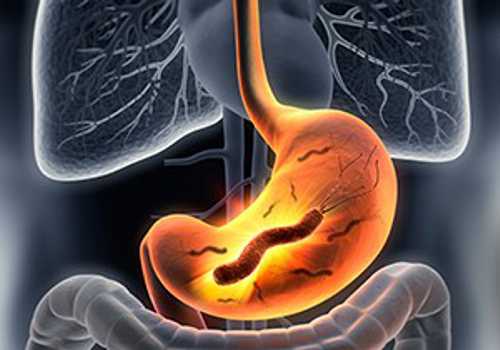 A nutrient that is common in the human diet has been found to aid the survival of a cancer-causing bacterium, a new Yale study finds. The findings could reveal an important target for new drugs to tackle numerous infectious diseases in humans.

The nutrient, called ergothioneine, or EGT, a known antioxidant, was found to protect bacteria from oxidative stress — an imbalance in the body between reactive oxygen species, known as free radicals, and antioxidants — which is a hallmark of many disease-causing infections.

Despite decades of research, the specific molecules used by certain bacteria to shield themselves from free radicals in our bodies have remained a mystery.

In the study, researchers at the Yale Microbial Sciences Institute found that bacteria ingest the EGT nutrient — which is abundant in foods like mushrooms, beans, and grains — to aid their survival. In the case of the gastric cancer-causing pathogen Helicobacter pylori, the bacterium used the nutrient to compete successfully for survival in host tissues.

While similar studies have looked to the field of genetics, the Yale scientists detected bacterial EGT uptake using mass spectrometry and a novel technique they call “reactivity-guided metabolomics” — which harnesses the unique chemistry of specific classes of molecules to identify them in complex biological settings.

“We were excited to discover an unconventional mechanism that enables bacteria to withstand oxidative stress during infection,” said Stavroula Hatzios, an assistant professor of molecular, cellular and developmental biology and of chemistry in Yale’s Faculty of Arts and Sciences, and senior author of the study.

“Because the protein that bacteria use to take up EGT operates in a manner distinct from that of its counterpart in human cells, we are optimistic that a specific drug could be developed to inhibit microbial uptake of this nutrient,” she added.

Human cells also take in dietary EGT. In humans, EGT is known for its anti-inflammatory properties and is widely associated with disease prevention.

Reduced levels of EGT have been linked to increased risk of neurodegenerative, cardiovascular, and autoimmune disorders, suggesting bacterial consumption of this nutrient may have far-reaching implications for human health.

Daniel Dumitrescu, a graduate student in Yale’s Department of Chemistry, was the study’s primary author. Other contributors were Elizabeth Gordon, Yekaterina Kovalyova, and Anna Seminara, all of Yale, and scientists from the Dana-Farber Cancer Institute and Tufts University.