According to new study, the strength of continental crust, rather than sea level, was the prevailing regulator of crust thickness for the ancient Earth. 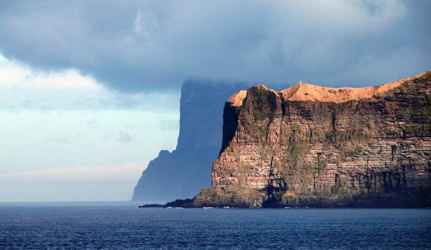 The crusty conundrum carries fundamental implications. The thickness of continental crust — the part of Earth’s crust that forms land masses and continents — plays an important role in everything from the gradual movement of continents to the evolution of animal species on land and in shallow waters along coastlines.

In 1962, famed Princeton geologist Harry Hess theorized that the thickness of continental crust had to do with sea level and ocean depth. Deeper oceans enabled the formation of thicker continental crust, Hess posited. But as the crust thickens and rises above sea level, Hess said, erosion gradually starts to break it down.

The Hess theory proved quite durable, remaining unchallenged for decades. But in the past five years, new theories about oceans and land formation in the ancient world began to raise questions. For example, the geochemical signatures of ancient sediments around the world suggest to many researchers that during Earth’s Archean eon, which lasted from 4,000 million years ago until 2,500 million years ago, Earth was a “water world.” The planet was covered by deep oceans, with no continents rising above the water’s surface.

“The notion of a water world for the early Earth has become quite popular these days, and at the same time, there is also growing evidence for the massive amount of early continental crust,” said Jun Korenaga, a professor of earth & planetary sciences in Yale’s Faculty of Arts and Sciences.

“However, a water world and a large volume of continents don’t really make sense together, if continental thickness is controlled as Hess speculated. Continents can always be thickened to reach the sea level, and a water world is not possible.”

The new study in the journal Geology, authored by Korenaga and a former Yale undergraduate student, Vuong Mai, offers an explanation. According to their analysis, the strength of continental crust, rather than sea level, was the prevailing regulator of crust thickness for the ancient Earth.

Mai, the study’s first author, created a model to analyze the strength of continental crust and test its stability against gravitational forces. She found that during the Archean eon, Earth’s continental crust was hotter and weaker — and was not strong enough to reach the thickness it attained millions of years later.

“The plausibility of a water world hinges on the crustal strength. A weak crust won’t be able to support itself and accumulate above sea level, which provides a mechanism for a water world, whereas a strong crust will inevitably form continents and thus a water world would not be possible.”

Mai and Korenaga said that in addition to solving a geological paradox, the findings are significant because they will help scientists understand the landscape of the early Earth, which played a critical role in the origin of life.

“Empirical data for the Earth this long ago are scarce,” Mai said.