Findings Could Lead to Personalized Therapies for Metastatic Cancer 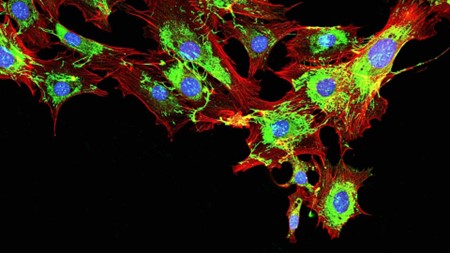 Fischell Department of Bioengineering researchers working with colleagues at the University of Maryland School of Medicine are developing a technology to efficiently capture, release and culture circulating tumor cells in the bloodstream to better understand their role in metastatic cancer. Photo by Shutterstock

University of Maryland bioengineers have developed a new technique to capture and analyze circulating tumor cells, one of the primary culprits in metastatic cancer. Their approach and findings, presented in the journal ACS Nano, could one day lead to greater understanding of why and how certain cancers spread, opening the door to new personalized therapeutic options.

The vast majority of cancer deaths result from metastasis, when tumor cells break away from a primary tumor, and these circulating tumor cells (CTCs) enter the bloodstream and form a new tumor in a distant organ or tissue. Scientists first discovered CTCs in the late 19th century, but even today little is known about why some CTCs survive in the bloodstream better than others, or why some go on to form secondary tumors that are highly resistant to treatment.

This knowledge gap exists partly because there are so few CTCs in the blood—typically just one per 1 million blood cells—so scientists and clinicians need a way to isolate and culture, or grow more CTCs outside the body in order to have enough for analysis. But the process is exceedingly difficult.

“The biggest challenge for CTC research is the rarity of CTCs in the blood,” said Elyahb A. Kwizera, a Fischell Department of Bioengineering (BIOE) researcher and co-lab manager of BIOE Professor Xiaoming (Shawn) He’s Multiscale Biomaterials Engineering Laboratory. “Capturing this small number of cells from the bloodstream requires some sensitive technologies that can efficiently fish these cells from millions of other blood cells.”

For years, scientists and clinicians have relied on a capture technique that zeroes in on a marker displayed by many tumor cells, including many breast cancer malignancies known as the epithelial cell adhesion molecule (EpCAM).

But, like their “parent” cancer cells in the primary tumor, CTCs can have different morphologies and genetic characteristics, and each may contribute differently to metastasis or cancer drug resistance.

CTCs may also go through an evolutionary process of sorts whereby they no longer express EpCAM or other epithelial markers. To add another layer of difficulty, researchers run into major roadblocks when they try to culture captured CTCs from laboratory samples after using this method.

“For more than 80% of stage 4 breast cancer patients—who usually have metastasis—their CTCs couldn’t be grown and scaled up for the development of patient-specific targeted therapies. This is disappointing and needs to be addressed,” said He.

Key information to guide most stage 4 cancer patients’ treatment comes from surgical tumor biopsies; in some cases, this tumor tissue could be several years old and may not reflect the current tumor’s sensitivities to therapies.

Recognizing these challenges, the research team, including medical professionals from the University of Maryland School of Medicine in Baltimore, set out to develop a new technique to capture and scale up CTCs.

The team’s work focuses on a microfluidic chip they call VIZA, or “virtually implemented zones surface-coated with gold (noted by the chemical symbol Au).” To capture their CTCs, they work not only with EpCAM, but also with a second antibody, CD44, which is one of the most common cancer stem cell markers and a promising prognostic biomarker for many malignancies, including breast cancer.

So far, the device has produced exciting results. He and Kwizera’s team has successfully demonstrated that VIZA can be conveniently modified with EpCAM alone, CD44 alone, or a combination of them to capture a tiny number of CTCs from a blood sample. Even more, the group successfully cultured those CTCs in vitro for stage 4 breast cancer patients—a major milestone.

“Having access to ‘fresh,’ current cancer cells such as the CTCs provides much-needed access to the tumor cells,” said Katherine Tkaczuk, M.D., director of the School of Medicine’s Marlene and Stewart Greenebaum Cancer Center’s Breast Evaluation and Treatment Program.