Study suggests that high self-esteem can have a positive influence in many areas of people’s lives. 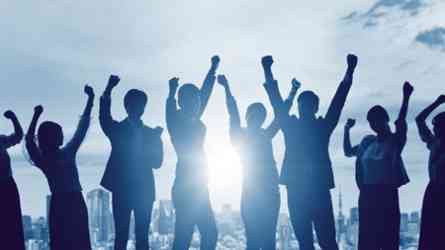 A review of research literature shows that high self-esteem has long-term psychological benefits and is distinct from the negative effects of narcissism. (Getty Images)

In recent years, self-esteem has fallen out of favor in the scientific literature and in the popular media as an important factor for life outcomes. But a new large research review conducted by psychologists at the University of California, Davis, and the University of Bern suggests that high self-esteem can have a positive influence in many areas of people’s lives.

“This research shows what most people already believe — that self-esteem matters,” Robins said.

To understand the influence that self-esteem might have on people’s work, schooling, relationships and health outcomes, the researchers reviewed the findings of hundreds of longitudinal studies that answered questions about long-term consequences, such as: Do teenagers with high self-esteem tend to be more successful in their careers? Their findings show that people with high self-esteem generally have more success at school and work, better social relationships, improved mental and physical health, and less anti-social behavior. And, these benefits persist from adolescence to adulthood and into old age.

Long-term outcomes are determined by many psychological and social factors, so self-esteem is just one part of the puzzle that might explain why people do better or worse in certain life domains. Still, the presence or absence of this one factor can have a big impact over a lifetime.

“Even small effects can accumulate over long periods of time,” Robins said. “Just looking at a year of a person’s life, there might be a small benefit to feeling good about yourself. But if you look across the next 30 years and consider how that benefit accumulates as people go from one life stage to the next, those cumulative benefits may be quite strong.”

High self-esteem is distinct from narcissism

Robins, who has studied self-esteem for decades, sees this review as a counter to the often-repeated claim that high self-esteem is dangerous. Self-esteem is distinct from narcissism, the research literature Robins and Orth examined shows. Whereas self-esteem refers to feelings of self-acceptance and self-respect, narcissism is characterized by feelings of superiority, grandiosity, entitlement and self-centeredness. This research review shows that high self-esteem and narcissism can have opposite implications for life outcomes. High self-esteem predicts better social relationships, whereas narcissism predicts difficulties with relationships. Yet many psychologists and laypeople have called the benefits of self-esteem a myth and suggested that it might even have a “dark side,” Robins said.

Despite doubts cast on the importance of self-esteem, Robins said their review of the large body of self-esteem research demonstrates that it matters, and consequently interventions aimed at boosting self-esteem might benefit individuals and society as a whole.

“There are few psychological characteristics that have been studied more than self-esteem,” he said.