Push, pull or swirl: the many movements of cilia

A novel mathematical model of the cilium that beats due to a mechanical instability called “flutter” that arises under steady forces generated by the motor protein dynein. 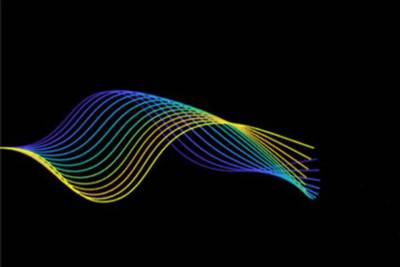 To study the movement of cilia, Louis Woodhams and Phil Bayly’s team built a model that was an approximation of the structure of the flagellar axoneme, the bundle of microtubules that make up the central core of a cilium. This video shows animation of a seven-filament system with parameters. (Louis Woodhams)

Cilia are tiny, hair-like structures on cells throughout our bodies that serve a variety of functions including clearing our airways, circulating cerebrospinal fluid in our brains and transporting eggs in fallopian tubes. While researchers understand their function, they do not fully understand how they generate the specialized motions to carry out those functions.

A team of researchers in the McKelvey School of Engineering at Washington University in St. Louis, led by Louis Woodhams, senior lecturer, and Philip V. Bayly, the Lee Hunter Distinguished Professor and chair of the Department of Mechanical Engineering & Materials Science, developed a novel mathematical model of the cilium that beats due to a mechanical instability called “flutter” that arises under steady forces generated by the motor protein dynein. This flutter instability at the microscale is similar to aerodynamic flutter in larger systems, which led to the well-known collapse of the Tacoma Narrows Bridge, and also occurs in aircraft wings and turbine blades. Results of the research appeared on the cover of the August issue of Journal of the Royal Society Interface.

Cilia beat in different ways: the flagellum found on the tail of a sperm cell pushes fluid symmetrically, while other types of cilia pull asymmetrically, similar to a swimmer’s breaststroke motion. Still others, such as cilia in the embryonic node, move in a circular or swirling motion.

“We made a custom finite-element model that allows us to efficiently explore the parameter space of the model and give us a portrait of the system behavior,” said Woodhams, first author of the paper. “This model can be used to explain symmetric, asymmetric and 3D beating shapes of cilia.”

The team built a model that has six filaments on the outside and one on the inside that was an approximation of the structure of the flagellar axoneme, the bundle of microtubules that make up the central core of a cilium. Because many protein structures in the axoneme are too small to measure their properties directly, the mathematical model allowed them to explore how coupling between individual filaments would affect beating frequency and shape.

“With this model, we could try different dynein force magnitudes and different stiffnesses of the internal structures,” Woodhams said. “To try to simulate the system using commercial software can take hours to solve one system. With this approach, we can solve thousands of parameter points and get a snapshot of the behavior of the system over many different points.”

Bayly’s lab has been working with cilia as a model to study vibration, wave motion and instability in mechanical and biomedical systems. The new research builds on previous work by enabling efficient eigenvalue analysis, which characterizes beating frequency and shape, in a multi-filament model of the axoneme using custom-derived finite element matrices. The model includes a new mathematical representation of the dynein motor protein that balances internal forces and moments exactly as the axoneme deforms.

“Louie’s model is a major contribution to the field. It rigorously and clearly demonstrates that a mechanical flutter instability could underlie cilia beating – one of the most ubiquitous and important biophysical phenomena in nature,” Bayly said.