New research shows that the cell-signaling activities of these proteins helped protect cells from infection by HIV, Ebola and Zika viruses 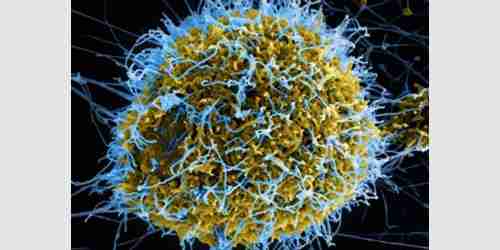 Experiments in cell cultures showed that the cell-signaling activities of these proteins, from the SERINC family, helped protect cells from infection by HIV, Ebola and Zika viruses. The researchers are currently testing whether this function is also effective against SARS-CoV-2, the virus that causes COVID-19. It’s one thing for a protein to act directly against a specific virus, as SERINC5 has been shown to do by incorporating itself into the HIV particle during viral production. But it’s another thing entirely to reveal that a protein has an enhancing effect on an essential antiviral cell signaling pathway upon infection of host cells, said senior study author Shan-Lu Liu, professor of virology in the Department of Veterinary Biosciences at The Ohio State University. “Viruses can get around direct antiviral effects,” said Liu, also an investigator and associate director in Ohio State’s Center for Retrovirus Research. “But if this protein can also modulate key pathways without acting directly on the virus, then a virus may have limited capacity to counteract it. “If this family of molecules can do this in animals and humans, then you may think about whether it could be used in a broad antiviral therapy.” The research is published in the journal Science Signaling. In this study, Liu and colleagues took a closer look at SERINC5’s functions in target cells during the next viral infection stage. They found that in addition to boosting the signals that produce type I interferons, SERINC5 has the same effect on signals that generate another component of the early antiviral response – NF-kB inflammatory cytokines.

In cell cultures in which viral infection had been initiated, the researchers observed that SERINC5 relocates itself from the cell surface to just outside the membrane around the mitochondria, a cell’s power center – an unusual move. Once there, SERINC5 teamed up with MAVS and TRAF6 to form a big, multifaceted complex – a likely explanation for why its role is so influential on what happens next in the signaling pathway. “The aggregation of these proteins means they need each other – and this is an exciting finding,” said Liu. “A big complex like this can recruit additional molecules, enhancing the efficiency of the signal transduction pathway.” These recruited molecules are part of a cascade of messages that lead to type I interferon production and NF-kB inflammatory cytokines from virus-infected cells, both of which play a crucial role in limiting viral infection in the early stage. In experiments utilizing multiple types of human and animal cell cultures, this mechanism was seen to inhibit infection of cells by HIV, Ebola and Zika viruses.