Scientists find that whenever we encounter ozone, it reacts with lipids in our skin to create nanoparticles 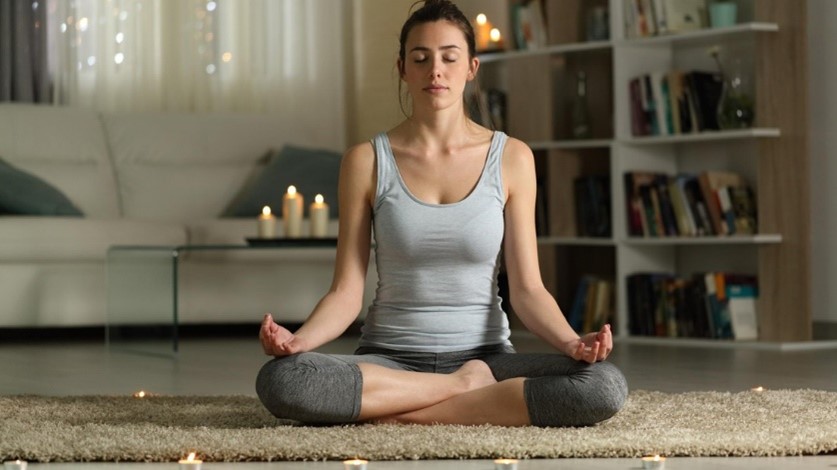 Air pollution is responsible for seven million of premature deaths around the world every year, according to the World Health Organization. That’s roughly the same number of people who die from smoking or malnutrition. The damaging effects of air pollution are caused mainly by the small airborne particles produced from traffic and coal-fired plants, or through chemical reactions with compounds in the atmosphere. In indoor environments, the smallest particles (so called nanocluster aerosols), can result from cooking, burning candles, 3D printing and – as the research team in question has found – humans – simply being exposed to ozone. In their study, the scientists discovered that our very own bodies can be a source of nanocluster aerosol emissions in places where the indoor air contains ozone.

That human beings emit particles – through our skin, clothing and respiratory activities (e.g., coughing, sneezing or breathing) – was already known. But these particles are typically one micrometer in diameter or larger. “What we found is a previously unknown mechanism of particles production in much smaller size range – on the order of few nanometers,” says Dusan Licina, a professor at EPFL’s Human-Oriented Built Environment Lab (HOBEL) in the School of Architecture, Civil and Environmental Engineering (ENAC). The international study his lab took part in was recently published in Environmental Science & Technology. Shen Yang, a postdoc at HOBEL, based at the Smart Living Lab, was the study’s lead author.

Clothing and age are important

Ozone plays a valuable role in the stratosphere by protecting us from UV rays. But in the lowest layer of the atmosphere, it can be toxic to living organisms at high enough concentrations. In this layer it can be generated in a variety of ways, such as by strong summer sunlight or vehicle exhaust. When ozone comes into contact with certain pollutants, it triggers the formation of nanocluster aerosols. That process has already been studied in outdoor environments, but for the first time, scientists have looked closely at what happens indoors – where humans now spend most of their time. “Considerable efforts have been made to reduce indoor air pollution, such as by replacing gas stoves with induction ranges or by reducing transport of outdoor pollutants indoors,” says Licina. “That’s what led us to identify a new source of nanoparticle emissions: humans.”

Pooling their know-how in aerosol science, chemistry and building science, the scientists ran experiments in a 22.5 m3 climate-controlled chamber occupied by human volunteers. The chamber was made of stainless steel and configured so that the scientists could play with specific variables – such as temperature, humidity and ozone levels – and measure how they affect the emission of human-derived nanocluster aerosols and the concentrations of other compounds. The scientists also explored importance of the age of occupants and the type of clothing worn. They found that at constant ozone concentrations, nanocluster aerosol emission rates were higher with a larger exposed skin surface area, that teenagers emit more nanocluster aerosols than seniors and young adults.

Why does that matter? Are nanocluster aerosols hazardous to our health? At this point the scientists are just putting forth hypotheses and aren’t drawing any conclusions. “Our study’s main contribution is that it shows, for the first time, that nanocluster aerosol emissions stem directly from skin lipid secretions in indoor areas where ozone is present. Although the specific health impacts of these particles are unknown, these particles can grow to larger particles which are linked to health issues due to their deep penetration into the human lung and even neuronal transport to the brain. That’s significant enough to warrant further study into how ozone concentrations affect these emissions,” says Licina. “It would also be interesting to see whether the fingerprints we leave behind by touching objects contribute to these emissions. Or if personal-care routines or even personal-care products play a role. In the meantime, the best thing we can do is to reduce levels of ozone in our buildings”.