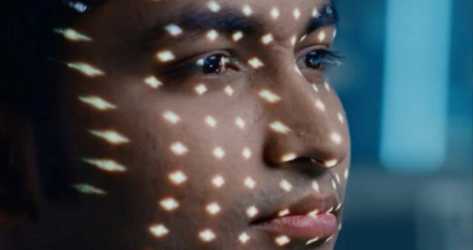 In a paper published in Nature Medicine, scientists reported the first-ever case of partial vision recovery in a blind patient after optogenetic therapy. The pioneering study describes the first time a patient has achieved partial functional recovery in any neurodegenerative disease by using optogenetic tools. “I hope it will be a major breakthrough,” said first and corresponding author, José-Alain Sahel, chair of ophthalmology at the University of Pittsburgh, director of the UPMC Eye Center and professor at Sorbonne University in France.

The paper describes the progress of a patient in Paris who 40 years ago was diagnosed with retinitis pigmentosa—a progressive neurodegenerative disease that destroys light-sensitive cells in the retina and leads to complete blindness.  “The eye is a very complex system that allows our vision to adapt to different levels of light,” said Sahel. “But complex systems are very fragile—so when vision disappears, there are few treatments left aside from using prosthetics or reactivating remaining cells in the retina.” So, the researchers approached the problem from a completely different angle—rather than fixing mutated genes one-by-one in cells that respond to light by activating nerve cells in the retina, they decided to activate the nerve cells directly.

For this study, researchers injected the worse-seeing eye of a patient with an adenovirus-associated vector that carried genetic information encoding a light-sensing protein called channelrhodopsin protein ChrimsonR. Channelrhodopsin proteins, which are found in glowing algae in nature, respond to light by changing their shape and allowing the flow of ions in and out of the cells. The flow of ions activates the cells and, in the case of neurons experimentally engineered to express channelrhodopsins, causes them to fire and transmit the signal through nerve endings to the brain. To activate the ganglion cells this way, researchers used special goggles equipped with a camera that detects changes in light intensity pixel by pixel as distinct events. The transformed image from the camera is then projected as discrete light pulses onto the retina in real time, like a movie projector onto a theatre screen. The results were remarkable. After a period of adjusting and learning how to use the technology, the patient was able to locate, identify and count different objects using the treated eye while wearing the goggles. The patient could not visually detect any objects before the injection or without the goggles after the injection.