Opinion: How colonialism is a major cause of domestic abuse against women around the world 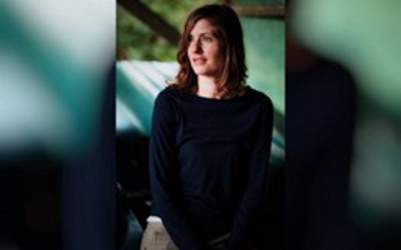 One in three women around the world will experience violence from an intimate partner at some point in their lifetime. That is a shocking figure. Even more shocking, though, is the fact that, in 23 countries – from the Americas and Africa to Asia and the Pacific – it is more like two in three women.

As part of a study of countries with a high prevalence of violence against women, we analysed data from the World Health Organization, the World Bank, the United Nations and academic sources. We found that countries which were colonised are 50 times more likely to have a high prevalence of intimate-partner violence against women. When a patriarchal society is combined with a history of colonialism, the risk of domestic violence increases.

Postcolonial scholars have been telling us as much for decades. From widespread poverty to racial discrimination and gender inequalities, colonisation put in place systems and structures that are often at the root of heightened violence against women.

Many colonial systems of governance were based on “racialising” the local population: categorising and marginalising groups of people according to race or ethnicity. For example, the divisions between Hindus and Muslims in pre-partition India and the racial hierarchy instituted in apartheid South Africa. These divisions have provided the fodder for many of the world’s contemporary armed conflicts. Scholars talk about colonial durabilities to describe the way in which colonial histories continue to actively shape the world today.

The 1994 Rwandan genocide is a case in point. Over 800,000 mostly Tutsi people were killed by Hutu extremists – two groups which were originally racialised by the Belgian colonial government, through the creation of hierarchical and exclusive forms of citizenship. The genocide saw widespread sexual violence used against Tutsi women as a means of literally stripping them of their humanity.

Survivors of the genocide were severely traumatised. Research shows that this trauma increased men’s likelihood to use violence against their families and intimate partners. It also reduced women’s ability to prevent it.

Many colonial systems of governance also established regulations and legal frameworks that were particularly damaging for women. Despite the fact that both men and women were in positions of leadership in pre-colonial Nigeria, British colonial officials refused to negotiate with female chiefs. They also put in place a system of land ownership that explicitly excluded women.

The legacy of these policies is that women are still far less likely to own land than men in Nigeria. A recent study of national data has shown that women who do not own land are more likely to report domestic violence than those that do. This is because land ownership gives women income and power within a relationship. It also gives them options when they need somewhere to go. Women who have power and alternatives are simply less likely to put up with violence and more likely to leave.

While people today may not have personally experienced colonialism, they may experience the historical trauma of their communities. Events shared by an entire community or ethnic group can result in trauma being passed on through generations.

Trauma is often defined as a condition that arises from an event in the past – such as child abuse, or exposure to a natural disaster. Historical trauma is different. It does not end when the person who experienced the event recovers or passes on. In fact, research shows it is often compounded by the discrimination and oppression experienced by subsequent generations.

Psychiatrist and political philosopher Frantz Fanon first set the stage for understanding the emotional and psychological consequences of historical trauma arising from colonisation. In Black Skin White Mask (1967), Fanon argued that the representation of the colonial archetypal hero as white leaves black individuals in postcolonial societies with a desire to be someone else. They are thus robbed of their sense of self, their agency and their decision-making power.

Working with First Nations communities in Canada, women’s rights practitioner Karen Max argues that we need to look at how communities understand violence against women as stemming not just from gender inequalities but from the traumatic experiences of men in the community.

In much the same way, the traumatic experiences of previous generations can influence the breakdown of social networks and family attachments within communities. Canada’s residential school policy saw First Nations children forcibly removed from their families throughout the 20th century. Research shows the long-term impact on First Nations communities of this policy includes higher rates of domestic violence, emotional detachment and suicide.

A history of colonialism is, of course, not the only driver of violence against women. Other significant factors include social norms that position women as inferior to men and deserving of violence in certain situations. However, our research shows that colonialism makes these other risk factors even worse.

This article first appeared in The Conversation on 25th April 2022.