Newly identified gene could be clue to treatment of fungal infection 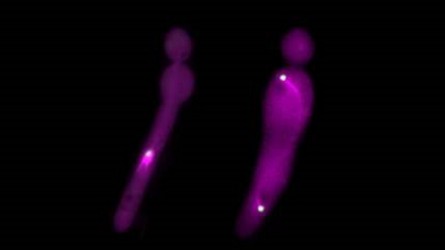 The gene called CSA6 has been identified in Candida albicans a fungal species infamous for causing high rates of morbidity and mortality under certain immuno-compromised conditions such as AIDS or during cancer treatment. The fungal species residing in mucosal linings of the gastrointestinal and urogenital tract of healthy individuals turns into a pathogen under immuno-compromised conditions breaching the host defense causing superficial as well as life-threatening systemic infection.

The authors from JNCASR, an autonomous institute of Department of Science and Technology (DST), individually screened the effect of overexpression of more than a thousand genes of C. albicans on genome stability and were successful in identifying a set of six chromosome stability (CSA) genes that are important for maintaining genome integrity. While five of the CSA genes identified in the study are known to be important for cell division in other species, the sixth CSA gene, named CSA6 encoded for a protein that is essential for viability in C. albicans. They found that Csa6 was a critical regulator of cell cycle progression wherein both overexpression and deletion of Csa6 lead to reduced growth of C. albicans cells.

The study published in the journal Nature Communications represents the first-ever report of such an extensive screen in the human fungal pathogen C. albicans. It identifies and elucidates the functions of a novel regulator of chromosome stability that is exclusively present in a group of medically relevant human fungal pathogens. Besides, it also provides a systematic scheme for identifying genes whose products may serve as potential therapeutic interventions for fungal infections by posing lesser adverse effects on humans. Hence, small molecule modulators that alter expression levels of the gene called Csa6 offer potential avenues for treatment with no side effects in humans.