A fault in cells that form a key part of the immune system can be repaired with a pioneering gene editing technique. 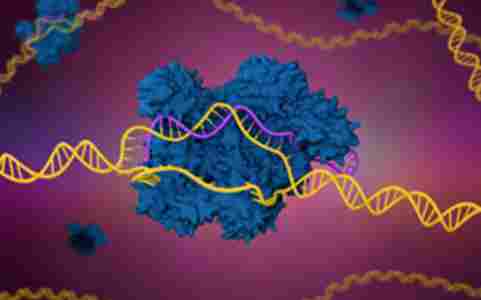 Researchers say the study, published in Science Translational Medicine, could lead to new treatments for a rare disease of the white blood cells that normally help to control the immune system – known as regulatory T cells – and those that protect the body from repeat infections and cancer – known as effector T cells.

Patients with the condition, known as CTLA-4 insufficiency, carry mutations in a gene that cause these T cells to function abnormally. It leads them to suffer from severe autoimmunity, where their immune system attacks their own tissues and organs, including their blood cells.

The condition also hampers their immune system’s ‘memory’, meaning patients can struggle to fight off recurring infections by the same viruses and bacteria. In some cases, it can also lead to lymphomas, a type of blood cancer.

In human cells, using ‘cut’ and ‘paste’ gene editing techniques, using the CRISPR/Cas system, the researchers were able to target the faulty gene in T cells taken from patients with CTLA-4 insufficiency and repair the errors. This restored the levels of CTLA-4 in the cells to those seen in healthy T cells. They were also able to improve symptoms of the disease in mice with CTLA-4 insufficiency by giving them injections of gene edited (corrected) T cells.

Co-senior author, Professor Claire Booth, Mahboubian Professor of gene therapy and paediatric immunology at UCL Great Ormond Street Institute of Child Health, said: “It’s really exciting to think about taking this treatment forward to patients. If we can improve their symptoms and reduce their risk of getting lymphoproliferative disease this will be a major step forward. This particular paper is important because we are using the newest gene editing techniques to precisely correct these T cells, which is a new approach in inborn errors of immunity.”

CTLA-4 is a protein produced by T cells that helps to control the activity of the immune system. Most people carry two working copies of the gene responsible for producing CTLA-4, but those who have only one functional copy produce too little of the protein to sufficiently regulate the immune system.

Currently, the standard treatment for CTLA-4 insufficiency is a bone marrow transplant to replace the stem cells responsible for producing T cells. But transplants are risky and require high doses of chemotherapy and many weeks in hospital. Older patients with CTLA-4 insufficiency are typically not well enough to tolerate the transplant procedure.

Professor Booth said: “Our approach has many positive aspects. By correcting the patient’s T cells, we think it can improve many of the symptoms of the disease, at the same time as being much less toxic than a bone marrow transplant. Collecting the T cells is easier and, correcting the T cells is easier. With this approach the amount of time in hospital the patients would need would be far less.”

The gene editing approach, developed by the UCL researchers, uses the Nobel-prize winning gene editing technology CRISPR/Cas9 to target and snip the faulty CTLA-4 gene in two. Then a corrected sequence of DNA is delivered to the cell using a modified virus. This is then pasted over the faulty part of the gene using a cellular DNA repair mechanism known as homology-directed repair.

This allowed the researchers to preserve important sequences within the CTLA-4 gene – known as the intron – that allow it to be switched on and off by the cell only when needed.

Co-senior author, Professor Emma Morris, a professor of clinical cell and gene therapy and Director of UCL’s Division of Infection and Immunity, said: “Genes that play critical roles in controlling immune responses are not switched on all the time and are very tightly regulated. The technique we have used allows us to leave the natural (endogenous) mechanisms controlling gene expression intact, at the same time as correcting the mistake in the gene itself.”

The study was led by Dr Thomas Fox, a Wellcome Trust Clinical PhD Fellow at UCL, and built on work by Dr Pietro Genovese at Dana-Farber/Boston Children’s Cancer and Blood Disorder Center in Boston, Massachusetts, who is one of the authors on the study.

Although CTLA-4 insufficiency is rare, the research team say the gene editing therapy they have developed for tackling the disease could be a proof of principle of their approach that could be adapted to tackle other conditions.

Professor Morris added: “It’s a way of correcting genetic mutations that could potentially be applicable for other diseases. The bigger picture is it allows us to correct genes that are dysregulated or overactive, but also allows us to understand much more about gene expression and gene regulation.”