Neuroscience behind conscious awareness of choice 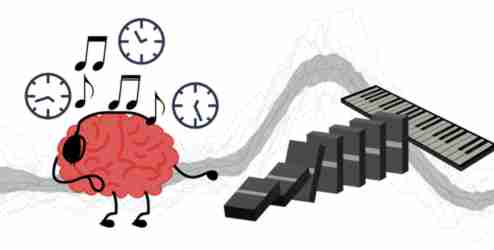 When you absentmindedly reach out to pick up your cup of coffee and take a sip, what happens in your brain? Many studies have shown that brain activity begins to ramp up even before you are aware of your choice to move. But this poses a conundrum: Do we have free will to make our own choices, if our brains are already preparing for actions before we are even conscious of them?

Now, a new study from the laboratory of Richard Andersen, James G. Boswell Professor of Neuroscience, and Leadership Chair and Director of the T&C Chen Brain–Machine Interface Center, gives new insights into how the brain encodes for our choices about movement. The research indicates that brain activity of abstract high-level choices (such as the desire to consume more coffee) connects to the actual actions (such as reaching out a hand) even before the awareness of such choices to move.

"The implementation of current brain-machine interfaces that read out the intent of patients assume that they are simultaneously consciously aware of the intent that is being decoded from their brains," says Andersen. "Taking into account this early subconscious activity is critical when designing algorithms for brain-computer interfaces that could one day enable people with spinal or brain damage to regain function."

The research is described in a paper appearing in the journal Current Biology on April 6. The study's lead author is Tyson Aflalo, Scientific Director of the T&C BMI Center.

"When you reach out and grab a cup of coffee, there are all of these computations in your brain that are programming the exact spatiotemporal profile of muscle activations that allow you to guide your hand over, but usually you're not aware of that at all," says Aflalo. "That's all happening under the hood. What we're looking at here are the subconscious neural behaviors that connect our high-level goals—like, 'I want to drink coffee'—with the motions and actions that pull it off. We're studying the 'automatic' mechanisms that connect our decisions of what we want to do to the actual execution of it."

For decades, the Andersen lab has studied how the brain encodes for various functions, such as movement and speech, with the ultimate goal of building so-called brain–machine interfaces (BMIs) that can decode a person's brain activity to control machinery such as prosthetic limbs and computers.

In 2015, Aflalo and his team were working with a study participant, Nancy Smith. Prior to the accident that led to her tetraplegia, Smith played piano. The team built a BMI that connected part of her brain to a virtual piano interface, so that she could play the piano by thinking, thus enabling the team to study how the brain encodes intended individual finger movements. The interface worked and allowed Smith to control the keyboard, but one day she remarked to the researchers that sometimes it felt like the piano was automatically playing itself before she was even conscious of intending to press a key.

"Several studies have shown that brain activity indicates what a person will choose, before they are consciously aware of the choice," says Aflalo. "It's a provocative finding because it has implications for how we think about 'free will.' If your brain activity precedes your awareness of a choice that has already been made, then do you have free will?"

To examine this phenomenon of such subconscious choice, the team worked with Smith to measure her brain activity as she made decisions about movement. They focused on recording activity in a brain region called the posterior parietal cortex (PPC), which has been shown to encode for a person's intentions—such as the intention to reach out and grasp a cup of coffee.

For the experiment, Smith was instructed to think about moving particular body parts in specified ways; she might be asked to shrug her shoulders, for example, or to attempt to squeeze her hand. Before a trial was given, Smith would choose whether or not she would participate without telling the researchers her decision. If she decided to participate in a given task, she would then spontaneously execute a movement when she felt the urge while watching a clock to mark the time that she was aware of the choice to actually move.

The team measured Smith's brain activity in the PPC region before and during individual trials and found that PPC activity better tracked the timing of her initial choice to participate than the timing of her awareness of her conscious choice to move. The PPC activity only became active during the trials she chose to participate in prior to the task beginning. In other words, when Smith determined that she was going to ultimately make a movement in the future, her brain would begin a kind of preparation before she consciously chose to move. However, if she chose to not participate in the task, her brain activity was quiet throughout the task.

"We found that planning signals at the implant site were not directly tied to her conscious perception of her intended movements," explains Aflalo. "Nonetheless, the planning signals only came online when she explicitly chose to perform a given trial. What this told us was that these signals were not making the choice for Nancy, but instead, they were part of the mechanism that helped ensure Nancy's choice would be carried out. From a brain-computer interface perspective, it's interesting to think about how these different types of signals can be used. We were able to design decoding algorithms that ensured decoded movements aligned with Nancy's awareness of her choice to act. Moving forward, it would be interesting to see whether decoding subconscious signals might benefits users, for example, by lowering cognitive load."

It is interesting, says Andersen, to speculate what part of the brain accounts for the awareness of the movement choices being processed in the PPC. The recordings of the current study were made from the superior parietal lobule of the PPC. A team in Lyon, France showed that electrically stimulating another subdivision in the PPC, the inferior parietal lobule, produces the "urge" to move.

Andersen says, "In recent BMI studies in the supramarginal gyrus of the inferior parietal lobule, we have decoded even more cognitive functions such as speech. It may be the inferior lobule of the PPC that watches the intended movement activity in the superior lobule, and then it generates the conscious awareness of the movement intent."

The paper is titled "Implicit mechanisms of intention." In addition to Andersen and Aflalo, co-authors are former Caltech graduate students Carey Zhang (PhD '18) and Boris Revechkis (PhD '15), Emily Rosario of the Casa Colina Hospital and Centers for Rehabilitation, and Nader Pouratian of UCLA.