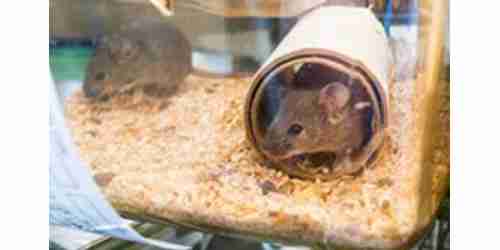 The findings, published in Nature, alter the current view on how odours are detected and processed in the mammalian brain. Using behavioural experiments where mice were exposed to incredibly short bursts of odour, neural imaging, electrophysiology and computer models, the scientists found that mice can, in fact, detect very rapid fluctuations within odour plumes, at rates previously not thought possible. They also showed that mice can use this information to distinguish whether odours are coming from the same or different sources, even if they are very close to each other. This suggests that the mammalian olfactory system, responsible for the sense of smell, is also key in processing the awareness of physical space and surroundings, guiding decisions important to survival. Senior author Professor Andreas Schaefer (UCL Neuroscience, Physiology & Pharmacology and Francis Crick Institute) said: “From an evolutionary point of view, our findings make sense as they help to explain why there is a lot of computational power within the olfactory bulb, the part of the brain where the nose sends signals to. It isn’t just processing chemicals from odours but can also calculate information about physical distance and source. In one key experiment, the scientists trained mice to detect whether two odours were coming from the same source or separate sources. The mice were able to correctly distinguish this difference even when the odours were released in short blips, lasting only a 40th of a second each (40 Hz).

First author, Dr Tobias Ackels (UCL Neuroscience, Physiology & Pharmacology and Francis Crick Institute) said: “Previous research into the sense of smell was done on the assumption that mice couldn’t distinguish the fine, fluctuating information in odour plumes. “We’ve shown that mice can access and process this information – this opens up a new dimension for studying the brain; we can run experiments that more effectively trigger neurons in a natural way and challenge the olfactory bulb. This will allow us to find out more about how this part of the brain works and how information about the world is extracted by neural circuits.” As part of the study, the scientists designed new technologies including a highspeed odour delivery device and equipment that can measure several odours simultaneously with extremely high precision. These innovations will enable more sophisticated work on the olfactory bulb, increasing our knowledge of how this brain region processes information about the environment and influences behaviour.