Findings provide a more detailed understanding of how these types of memories are formed as well as insights into what may disrupt their creation. 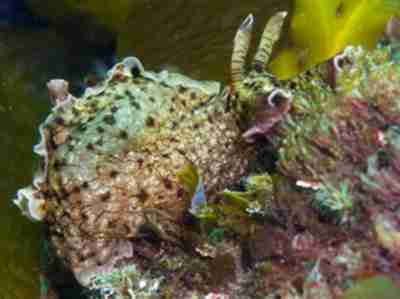 Long-term memories rely on both the repetition of events and an intricate neurological learning process in making these memories last, shows a new study by a team of neuroscientists. Its findings provide a more detailed understanding of how these types of memories are formed as well as insights into what may disrupt their creation.

“Repetition is a well-documented trigger for memory formation—the more times something is repeated, the better it is remembered,” explains New York University’s Nikolay V. Kukushkin, the lead author of the study, which appears in the journal Proceedings of the National Academy of Sciences (PNAS). “However, the brain’s machinery is more complicated than that. Our research shows that the effects of individual repeated events interact in more nuanced ways and have distinct roles in working to form long-term memories—neurons can sense not just repetition, but also the order of repeated experiences and can use that information to discriminate between different patterns of these events in building memories.”

“For example, neurons can tell the difference between two events in escalating order of intensity and those same two events in the opposite order, forming a memory only if the intensity increases over time,” he adds.

The researchers, who also included Thomas Carew, a professor in NYU’s Center for Neural Science, and Tasnim Tabassum, an NYU researcher, sought to better understand what lies behind a well-documented neurological process—specifically, that repeated events induce long-term memory where individual events fail to do so.

What has been unclear is how repeated events interact with one another to form a memory.

To explore this question, the scientists studied Aplysia californica, the California sea slug. Aplysia is a model organism for this type of research because its simple memories are well understood at the molecular and cellular level. Neurons that control them can be isolated and studied in a Petri dish, as the study’s authors did here, reproducing all the essential components of memory formation. The researchers “trained” these neurons by applying repeated chemical pulses that replicated Aplysia’s responses to stimuli, such as mild electric shocks, typically used in experiments. They then monitored the long-term strengthening of connections between the neurons, thereby mimicking and then observing the formation of a long-term memory.

“Two-trial learning is a technique in which Aplysia, or even isolated Aplysia neurons, can be made to form a long-term memory after two experiences,” explains Kukushkin, a researcher at NYU’s Center for Neural Science and a clinical assistant professor in Liberal Studies at NYU. “Single trials have no effect, but two trials, if they are appropriately spaced in time, do.”

As part of these experiments, the researchers specifically examined the resulting activity of the protein ERK, which is required for memory.

Previously, scientists had thought that ERK activation should build up during the learning process. But in the PNAS study, the researchers found a more complicated dynamic: a “tug of war” between molecules that activate ERK (and therefore favor memory) and those that deactivate it (and therefore oppose memory).

After only a single trial, they note, the deactivating side of the “tug of war” prevailed and ERK activity was arrested, preventing memory formation. By contrast, a second trial was required to prevent the decrease in ERK activity, thereby allowing memories to take hold.

The scientists used different variations of the training procedure—alterations that differentially affected memory depending on the pattern of stimulation. They modified the “intensity” of individual training events by varying the concentration of chemicals used to mimic electric shocks. When the two-trial training included events of different intensity, only the “weak-strong” pattern of training produced long-term memory, whereas the inverse, “strong-weak” sequence, failed to do so. In other words, the same combination of trials only had an effect if it increased in intensity, but not if it decreased in intensity, over time. This might represent an evolutionary adaptation to prioritize memory of escalating stimuli, the scientists suggest—as they point out, events that escalate in intensity have more predictive power than those that decrease in intensity.

“Long-term memory formation, then, depends on which of the two competing sides of the ERK tug of war wins over time,” explains Kukushkin. “But perhaps more significantly, the work demonstrates that effects of repeated events do not simply accumulate. In fact, they have distinct roles, such as to initiate and confirm the commitment of information to long-term memory. Neurons can sense not just repetition, but the order of stimuli, and they use that information to discriminate between different patterns of experience.”