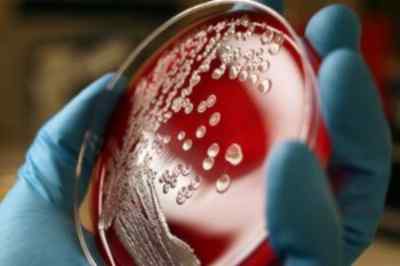 Antibiotics are standard treatments for fighting dangerous bacterial infections. Yet the number of bacteria developing a resistance to antibiotics is increasing. Researchers from Texas A&M University and the University of São Paulo are overcoming this resistance with light.

The researchers tailored antimicrobial photodynamic therapy (aPDT) — a chemical reaction triggered by visible light — for use on antibiotic-resistant bacteria strains. Results showed the treatment weakened bacteria to where low doses of current antibiotics could effectively eliminate them.

“Using aPDT in combination with antibiotics creates a synergy of interaction working together for a solution,” said Vladislav Yakovlev, University Professor in the Department of Biomedical Engineering at Texas A&M and co-director of the project. “It’s a step in the right direction against resistant bacteria.”

The research results were published in Proceedings of the National Academy of Sciences (PNAS), a peer-reviewed journal.

Ultraviolet light was first used to sterilize bacteria over 100 years ago. The treatment was based on the work of Niels Finsen, who won the Nobel Prize in Physiology in 1903 for using filtered sunlight — the higher frequency or ultraviolet spectrum — as a cure for skin tuberculosis. Phototherapy advances faded in popularity a few decades later when antibiotics became the weapon of choice against bacteria.

Antibiotic-resistant bacteria showed up soon after antibiotics were first used. If antibiotic treatment stops before bacteria are fully killed, the remaining bacteria develop a resistance or immunity to the antibiotic. That immunity transfers to every new bacteria cell, so more potent antibiotics or new treatment methods are needed to overcome the growing resistance.

“Photodynamic therapy was a forgotten tool,” Yakovlev said. “Yet, bacteria cannot overcome it. There is no resistance.”

Some human cancer cell therapies already use aPDT to prevent the growth of abnormal cells, but treating resistant bacteria with it is still a novel approach.

The researchers began their work by choosing the bacteria and the three main parts of aPDT needed to combat it: molecular oxygen, light, and a photosensitizer — something that creates a reaction between oxygen and light. An already FDA-approved dye called methylene blue served as the photosensitizer. The light sources were specially constructed panels of 25 LEDs in reflective cones built by the Technical Support Laboratory of the São Carlos Institute of Physics. Methicillin-resistant Staphylococcus aureus served as the bacteria, and the researchers grew cultures with the blue dye in them to ensure the photosensitizer alone would not affect the bacteria.

Most of the lab work occurred in the Texas A&M Health Science Center under Paul de Figueiredo, professor in the Department of Microbial Pathogenesis and Immunology in the College of Medicine.

At first, the team used aPDT by itself at various light strengths, durations, and in a specific series of follow-up treatments to log the bacteria’s response. The idea was to find the lowest dose and shortest series that could weaken the bacterial membranes and other resistance mechanisms. Cell recoveries and reproductions revealed how many generations it took before antibiotic resistance returned. Next, the researchers added measured levels and combinations of antibiotics at different time intervals after aPDT treatments to note the weakened bacteria’s responses.

“The use of antibiotics with aPDT is a unique idea,” Yakovlev said. “We can use lower doses of both to achieve our goal in contrast to using one or the other at higher doses that could have side effects.”

The goal is to shorten the treatment time and reduce the dosage to the lowest levels needed.

Getting medical care down to one doctor visit is especially important to Vanderlei Bagnato, professor in the Department of Physics and Materials Science at São Paulo and co-director of the project. He is trying to improve recovery odds for populations in remote areas of Brazil where patients might only see a doctor once per illness, without any chance for follow-up care.

The U.S. Department of Defense is following the project closely because battlefield wound infections also happen in remote locations and must be dealt with quickly.

So far, the results are positive. The resistant bacteria, weakened by aPDT treatments, were killed with far lower doses of current antibiotics. As a benefit, these therapies reduced the need for battling resistant bacteria with more potent and expensive antibiotics that take years to produce. Future work for the project will involve more timing and dosage investigations and tests on other resistant bacteria strains to see if the effectiveness is universal.

“Imagine the real-life applications,” Yakovlev said. “You visit a doctor, who uses an ointment and shines a light on the infected area, and then you’re done. It would be a quick and harmless treatment as needed.”