Insights into how the brain decides to act 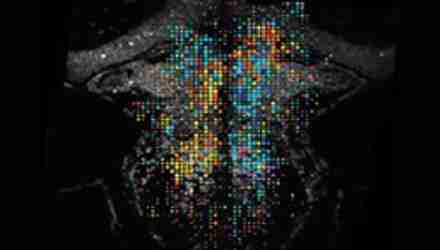 Researchers at Weill Cornell Medicine have identified a population of neurons that drive animal brains to initiate actions without prompting from an external stimulus such as food or prey. The preclinical finding is a significant step toward solving what has been one of the big unanswered questions in neuroscience. The study, published in Nature Communications, used advanced experimental techniques to monitor the activities of the neurons in larval zebrafish, while also monitoring the fishes’ eye movements. This approach allowed the investigators to identify neurons that, even when the fish are in the dark, are involved in triggering self-initiated scanning eye movements called saccades. “In this study we were able not only to identify neurons whose activity ramps before spontaneous eye movements, but also to demonstrate for the first time that such ramp activity actually initiates self-driven behavior,” said first author Dr. Alexandro Ramirez, a postdoctoral research associate in the laboratory of Dr. Emre Aksay, an associate professor of physiology and biophysics at Weill Cornell Medicine.

Zebrafish are popular lab animals for biological research because they are easy to keep and study, and have a quick life cycle compared to larger species such as mice. Moreover, their larvae have relatively transparent brains that are highly accessible to modern microscopic imaging, while having a manageable number of neurons.

Ramirez and Aksay and their colleagues used advanced techniques including a high-resolution microscopy method called two-photon imaging to monitor the activities of all neurons in the hindbrain, which prior studies have implicated in eye movements. Zebrafish, like virtually all other animals, use intermittent saccades to scan their surroundings, and these seemingly spontaneous eye movements happen even in the dark. The researchers mapped the activity patterns in hundreds of thousands of hindbrain neurons in several individual zebrafish larvae and identified a specific set of these neurons whose activity reliably ramps up in the seconds prior to a saccade. The scientists then showed that when they inactivated these pre-saccade neurons, one by one or in small groups, subsequent saccades were delayed – implying that these neurons are involved in initiating saccades, and also suggesting that removal of these neurons reduced the brain’s ability to reach the needed threshold level of massed activity.

The findings on their own help demonstrate the causal role of ramping neurons in actions such as saccades, the researchers said, but also demonstrate the broad potential of the zebrafish model for teasing apart the neural circuitry of volitional, or self-driven, action.