By misusing antibiotics, people can actually harm not only themselves, but also the environment 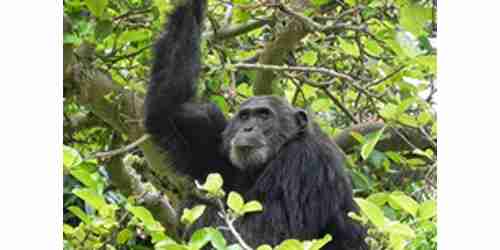 The number of chimpanzees in Gombe National Park, the site of Jane Goodall's groundbreaking field studies, are down to about 95. "By misusing antibiotics, people can actually harm not only themselves, but also the species they share an environment with," says Emory disease ecologist Thomas Gillespie It is well established that infectious disease is the greatest threat to the endangered chimpanzees made famous by the field studies of Jane Goodall at Gombe National Park in Tanzania. Now, new research led by scientists at Emory University shows that nearly half of the fecal samples from wild chimpanzees contain bacteria that is resistant to a major class of antibiotics commonly used by people in the vicinity of the park. The research was published in the journal Pathogens.

The researchers also tested all the groups in the study for genes conferring resistance to tetracycline — another class of antibiotics that is used much less frequently by people in the vicinity, likely due to its greater expense and the fact that it is less available in the area. As expected, very few of the fecal samples from any of the groups, and none of the water samples from the streams, showed evidence of tetracycline resistance.

Diarrheal diseases are common in the area and people often turn to cheap sulfonamide antibiotics that are available without a prescription at small stores that act as informal pharmacies, selling drugs, soap and other necessities. Wild chimpanzees also suffer from wasting diseases that can be related to bacterial and other enteric pathogens that affect their ability to maintain calorie intake and absorb nutrients. More guidance is needed locally regarding the proper use of antibiotics, Gillespie says. He adds that it is also important to improve hygiene for wash-related activities in area streams, as well as to improve disposal of human waste materials.