The gut microbiome affects physiology and molecular events throughout the body 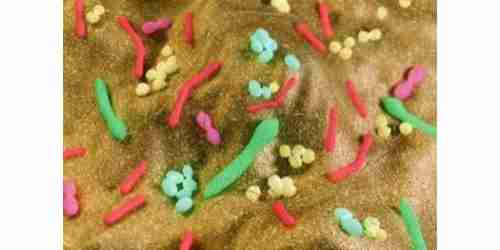 To solve the elusive medical mystery of why many adults, have both high blood pressure and depression, University of Florida Health researchers took a long, in-depth look at one suspected culprit: gut bacteria. The gut microbiome affects physiology and molecular events throughout the body, including parts of the brain that control blood pressure and depression, newly published findings show. Using a branch of artificial intelligence known as machine learning, the researchers have zeroed in on the specific bacteria suspected of causing depression coupled with high blood pressure. It’s a crucial step toward the long-term goal of improving health management and developing novel treatments based on the analysis and manipulation of gut bacteria, the researchers said. The two conditions are sometimes so intertwined it has also led them to coin a new phrase: depressive hypertension. The findings were published recently in the American Heart Journal. Stevens and his colleagues used a novel machine learning approach to develop a much more sophisticated DNA analysis of gut bacteria. Mohan K. Raizada, Ph.D., a co-author of the study and a distinguished professor emeritus of physiology and functional genomics in the UF College of Medicine, suspected that people with depression and hypertension would have unique gut microbiomes. To establish their findings, the researchers focused on four groups of people — those with high blood pressure and depression, those who only had high blood pressure, those who only had depression, and healthy people.

Stevens deployed machine learning to make sense of myriad data points about the patients and their gut bacteria. The computer analysis filtered out statistically irrelevant “noise” and distilled the data into a coherent picture. Without machine learning, Stevens said the mind-boggling mountain of raw data would have been incomprehensible to the human brain.

“Because the patients have unique gut microbes, we knew we could use machine learning to identify them. The computer could distinguish the patients’ health conditions based on their personal microbiome,” Stevens said. What emerged was a clear view of the unique gut bacteria in different patients: A trio of dominant bacteria were found in people with depression. Five other bacteria were prevalent in those with high blood pressure and five different dominant strains were noted in people with depression and hypertension. The healthy patients in the study had yet another combination of four dominant bacteria.