A first-of-its-kind gene-editing therapy for people with a disorder that causes heart failure is safe in the short term and may stop disease progression. 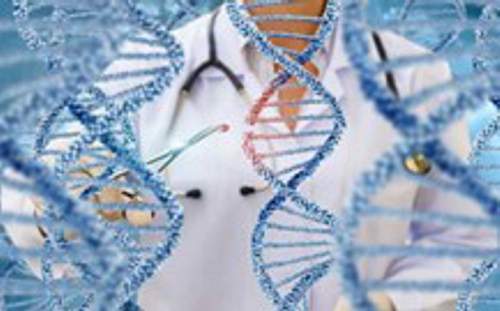 Transthyretin (ATTR) amyloidosis is characterised by a build up in the heart of misfolded transthyretin (TTR) protein.  Symptoms include breathlessness, fatigue, and swelling in the legs.  The condition gets progressively worse and is ultimately fatal within 2 to 10 years of diagnosis.

Most of the treatment options available to patients before now have involved managing the symptoms rather than preventing progression of the disease.

In a trial led by UCL researchers, a single injection of the novel gene-editing therapy NTLA-2001 was found to significantly reduce levels of circulating TTR protein by more than 90% after 28 days. Twelve patients with ATTR amyloid cardiomyopathy – that is, heart failure as a result of this condition – have received the treatment so far. The gene-editing therapy was generally well-tolerated and the majority of adverse events were mild.

The results were announced at the American Heart Association conference in Chicago.

Trial lead Professor Julian Gillmore, of the National Amyloidosis Centre, part of the UCL Centre for Amyloidosis, said: “This is the first-ever human trial of gene editing in vivo, or in the body, and our study shows that gene editing in the human body is possible and also safe in the short term.”

CRISPR/Cas9, a Nobel Prize-winning technology that makes a cut in the cells’ DNA and inserts a new genetic code, has been used in the past to edit cells outside the body. This is the first trial in which CRISPR/Cas9 is used as a medicine itself, infused intravenously to inactivate a target gene in a specific organ - in this case, the liver where TTR protein is made.

Professor Gillmore said: “These results indicate that [the treatment] may stop disease progression in patients with ATTR amyloid cardiomyopathy or even bring about gradual clinical improvement.

“However, further research is needed to establish long-term safety and to continue to monitor and evaluate the potential effects of markedly reduced TTR levels on patients’ clinical outcomes.”

The study included 12 participants from the UK National Amyloidosis Centre with varying levels of heart failure requiring treatment. Levels of TTR protein concentration in the bloodstream were measured at the beginning of the study and also at periodic intervals – two, four and six months – after the single intravenous NTLA-2001 dose.

The results found that circulating serum TTR protein was rapidly and profoundly reduced by at least 90% in all patients 28 days after the single dose. These benefits were sustained through to the last study visit conducted between four and six months after receiving the therapeutic infusion.