Study begins to grapple with process of exactly how it works, finds it does not reverse changes brought by learning 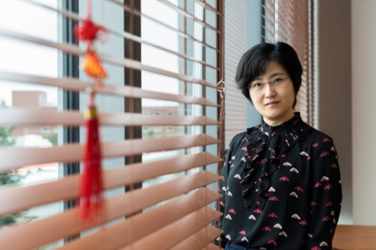 Professor of organismic and evolutionary biology Yun Zhang believes that when a memory is forgotten it may be harder to access but it has not been erased, as some studies have suggested. Courtesy of Yun Zhang

Forgetting can be a blessing and a curse. Some who’ve experienced a traumatic event cannot seem to forget, while others seem only to forget, and all too quickly.

Dilemmas like these have led neuroscientists to question how forgetting actually works in the brain and whether it can be speeded or slowed. They are still a ways from understanding the process well enough to provide answers. But a group of Harvard-led researchers are moving a small step closer.

In a new study, the scientists using C. elegans worms, a model organism for brain research, found that forgetting doesn’t reverse changes in the brain resulting from learning or erase them, as some theories suggest.

Instead, forgetting generates a novel brain state that’s different from either the one before the learning happened or the one that exists while the learned behavior is still remembered. In other words, what is forgotten doesn’t completely go away and can be reactivated with a kind of jump start.

“After forgetting, we can often be reminded of what we learned before, and our brain is no longer in the naive state,” said Yun Zhang, professor of organismic and evolutionary biology and member of Harvard’s Center for Brain Science. “If we had a party and then several months later, we actually forgot: ‘Oh, when did I have that party? Who went to the party?’ And then your friend may say, ‘Oh, remember this and that. Remember, we actually sang a song for you.’ All of a sudden, you’ll remember, right?”

The research, published in Science Advances, sheds new light on how forgetting takes place in the brain on a systems level and on molecules the researchers found that appear to be able to speed or slow it.

The basis of the work could one day be used to understand mental health issues where forgetting goes wrong, either happening too slow or when it happens too fast. It could, for instance, hold keys to addressing disorders like post-traumatic stress, where aversive memories aggressively persist.

“The mechanisms that this study provide would give us entry points to think about what may have gone wrong with those neurological diseases,” said Zhang. “It helps us to make hypotheses on the molecules involved and the processes engaged, as well as the activity of the neurons that are important for forgetting, and to propose ways to understand the pathology of related neurological diseases.”

Forgetting is part of normal brain function due to the limited capacity of the brain. Much research has gone into how memories form, but less has gone into the nature of forgetting or how it happens in the brain. Some studies suggest that when a memory is forgotten, it’s simply erased, and the learning is lost. Another possibility is that the memory and the learning just become harder to access during the forgetting process but remain in some form.

The work from members of Zhang’s lab — led by postdoctoral scholars He Liu and Taihong Wu — and collaborators leans toward the latter theory.

The researchers taught the worms to identify by smell and avoid an infectious bacteria strain that makes them sick. But an hour later, the worms forgot. The researchers then analyzed the brain activity of these worms and the genes expressed in their nervous systems.

The scientists also looked at whether the worms that had forgotten the training could be reminded of it, and the answer was it appears they could. Usually, it takes about three to four hours to train the worms, but those that were being retrained completed the process in about three minutes.

“There’s still memory traces in their brain that can be woken up, that can be reactivated,” Zhang said.

Zhang and her colleagues plan to use this study as a starting point for continuing to look at the mechanisms of forgetting, and how it can eventually be applied to mental health issues.

“This is a just the beginning for us to understand forgetting, a brain process essential for daily activities,” Zhang said.