Researchers find that embryonic cells can navigate away from soft regions of the embryo and toward harder regions. 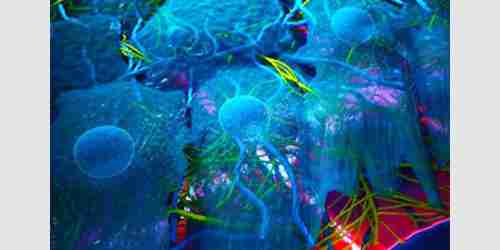 In the study of frog embryos, published in Nature, researchers found that embryonic cells can navigate away from soft regions of the embryo and toward harder regions.

Facial malformations and death can arise in embryos where the cells are unable to distinguish soft regions from hard ones, and researchers say the discovery could help to understand and prevent harmful birth defects.

Lead author Professor Roberto Mayor (UCL Cell & Developmental Biology) said: “The features of human and animal faces, like the nose, lips and ears, are sculpted by the complex and precise movement of cells in a developing embryo.

“An error in the movement of these cells can have devastating consequences for the babies and their families, generating serious problems such as lip or palate cleft, facial palsy, cranial malformations or even death. These account for a third of all birth defects globally – over 3 million each year – and are the primary cause of infant mortality, so improving our understanding of what causes such birth defects could be life-saving*.”

The new study was conducted using frog embryos, as their neural crest cells behave in a similar way to those of humans and their movement is often used to study the spread of cancer. In addition, the embryo development of frogs can be studied without inflicting harm.

Professor Mayor and colleagues had previously found that the stiffening of embryonic cells precipitates the migration of neural crest cells to the front of the head to form the face.** Here, they have identified for the first time how the cells can detect stiffness in their surrounding environment in order to move along a stiffness gradient.

The research team identified a network of chemical and mechanical signals that interact to cooperatively control cell migration in the embryo. They found that neural crest cells induced the stiffness gradient by relying on a protein known to be involved in cell-to-cell adhesion, and they sensed the gradient by interacting with the extracellular matrix (fibres around cells). In doing so, the cells are able to make their own path toward stiffer regions of the embryo.

Co-author Dr Adam Shellard (UCL Cell & Developmental Biology) said: “This newly identified behaviour is likely to be found not only in the cells that form our face, but in the cells that forms all our organs, and could play a central role in the dissemination of cancer cells during metastasis which hijack the behaviour.

“Understanding how these cells move is an important step toward developing therapies for craniofacial malformations and cancer progression.”