Discovery of a radio wave signal from cosmic dawn

SARAS 3 radio telescope refutes claim of the, the time in the infancy of our Universe when the first stars and galaxies came into existence 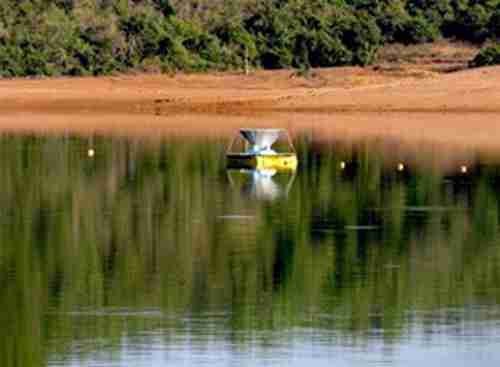 Researchers have conclusively refuted a recent claim of the discovery of a radio wave signal from cosmic dawn, the time in the infancy of our Universe when the first stars and galaxies came into existence.

In 2018 a team of researchers from Arizona State University (ASU) and MIT in the US detected a signal from stars emerging in the early universe using data from the EDGES radio telescope. The study published in the journal Nature created much excitement in the astronomy community around the world.

ASU/MIT team had claimed the discovery of a radio wave signalling the birth of the First Stars, which was also hailed by Harvard astrophysicist Avi Loeb as worthy of two Nobel prizes. However, the world awaited confirmation from independent researchers.

Utilising the indigenously invented and built SARAS 3 radio telescope, researchers from Raman Research Institute, an autonomous institute of the Department of Science & Technology, Govt. of India refuted this claim.

The SARAS 3 radio telescope invented and built by the astronomers at RRI is the first telescope worldwide to reach the required sensitivity. The signal claimed to have been detected by the ASU/MIT team required exotic and non-standard physics and caused astrophysicists worldwide to invent new theories, which are all now redundant. This research of the Raman Research Institute restores confidence in our understanding of the evolving Universe, re-establishing the prevailing cosmological model of the cosmos. The RRI findings are now published in Nature Astronomy.

SARAS is a niche high-risk high-gain experimental effort of RRI initiated and led by Prof. Ravi Subrahmanyan, along with Prof. N. Udaya Shankar. It was a courageous attempt to design, build and deploy in India a precision radio telescope to detect extremely faint radio wave signals from the depths of time, from our “Cosmic Dawn” when the first stars and galaxies formed in the early Universe.

The CMB Distortion Laboratory at RRI has pioneered the development of state-of-the-art radio telescopes which are designed to detect faint cosmological signals, especially radiation emitted by hydrogen atoms at the 21-cm wavelength (1.4 GHz) arising from the depths of the cosmos. The signal from Cosmic Dawn is expected to arrive on Earth stretched in wavelength to metres and lowered in frequency by the expansion of the Universe to lie in the radio frequency band 50-200 MHz.

Detecting a faint signal from such an early period of the Universe is extremely difficult. The celestial signal is exceptionally faint – buried in sky radio waves that come to us from the gas in our own Galaxy, the Milky Way, which are a million times brighter.

Besides, this cosmic signal is in a radio wavelength band used by numerous terrestrial communications equipment and TV and FM radio stations, which makes detecting the extra-terrestrial signal extremely difficult.

However, RRI scientists and engineers have risen to the challenge and designed and calibrated the SARAS radio telescope to discern signals from Cosmic Dawn. It is one of the most sensitive instruments in the world in this field of research today.

Having designed, built, validated performance in the RRI laboratories, the SARAS radio telescope was deployed by the RRI team led by Prof. Subrahmanyan in isolated sites in India to gather celestial radio waves with minimum terrestrial man-made radio interference. The telescope was first deployed in rural Timbaktu Collective in Anantapur district. The subsequent deployment took place in the wilderness of trans-Himalayan Ladakh, logistics kindly supported by the Indian Astronomical Observatory, operated by the Indian Institute of Astrophysics. These expeditions yielded sensitive data that significantly improved our knowledge of Cosmic Dawn by conclusively ruling out families of theoretical models thitherto believed possible.

Recently, RRI astronomers came up with the idea of floating the radio telescope on a raft on water, an intelligent design that substantially enhanced telescope performance and had never been conceived of in the world. This helped provide a homogenous medium of high dielectric constant below the antenna improving sensitivity and reducing confusing radio waves emitted by the very ground beneath radio telescopes.

In 2020 the radio telescope was deployed in lakes in Northern Karnataka, on Dandiganahalli Lake and Sharavati backwaters. Living in isolated rural DRIK Viveka campus of social worker and Padma Shri award winner Anita Reddy, RRI astronomers gathered the most precise measurements to date. The focused goal during this deployment was the cross-verification of the claimed detection of the 21-cm signal by the ASU/MIT EDGES experiment.

The strength of the reported signal from Cosmic Dawn was indeed bizarre compared to theoretical predictions. Given that the measurements were difficult, cross verification of such a claim had become an urgent priority as errors in instrument calibration might result in spurious deductions.

After a rigorous statistical analysis led by Dr. Saurabh Singh, a research scientist at RRI, SARAS 3 did not find any evidence of the signal claimed by the EDGES experiment. The presence of the signal is decisively rejected after a careful assessment of the measurement uncertainties.

Therefore, the finding implies that the detection reported by EDGES was likely contamination of their measurement and not a signal from the depths of space and time. SARAS 3 was indeed the first experiment to reach the required sensitivity and cross-verify the claim of the signal detection.

However, astronomers still do not know what the actual signal looks like. Having rejected the ASU/MIT claim, the SARAS experiment is geared towards discovering the true nature of Cosmic Dawn. The SARAS 3 team at RRI is planning more observations on remote lakes in India. Such expeditions will allow the team to detect the 21-cm signal from the Cosmic Dawn and unravel this last remaining gap in the history of our Universe.